Booth was born on May 10, 1838 near Bel Air, Maryland to English actor Junius Brutus Booth and his mistress Mary Holmes. His parents were married on John's 13th birthday.[1]

He was a member of a famous acting family, and a fierce partisan of the Confederacy, John Wilkes Booth achieved even greater infamy for assassinating US President Abraham Lincoln at Ford's Theatre in Washington, D.C. on April 14, 1865.

Booth was the subject of a 12-day manhunt through Maryland and Virginia after he shot Lincoln at Ford’s Theatre. Union cavalry pursued him to the Garrett farm, burned down the barn to flush Booth out, then, as he rushed out, killed him with a bullet to the neck.

Booth was buried with the ashes of his brothers at Green Mount Cemetery in Baltimore, Baltimore City, Maryland.

Sponsored Search by Ancestry.com
DNA Connections
It may be possible to confirm family relationships with John by comparing test results with other carriers of his ancestors' Y-chromosome or mitochondrial DNA. Y-chromosome DNA test-takers in his direct paternal line on WikiTree: 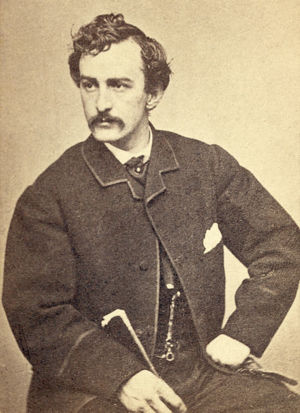 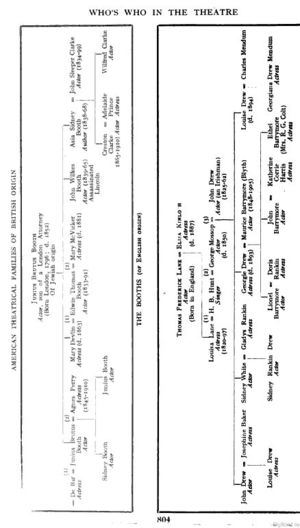 An article published 15 April 2019 in the Philadelphia Inquirer reports the stunning results of a modern facial recognition comparison of the photo above with two others of men with different names taken 1877 (John St Helen) and 1903 (David E George): a 97% match and a 99% match. The rumor that Booth didn't die in that Virginia tobacco barn might be true.

The article also says that a Discovery Channel segment devoted to the experiment was scheduled to run on Wednesday the 17th (yesterday evening).

John is 26 degrees from Mary McCauley, 31 degrees from B. W. J. Molier and 15 degrees from Henry VIII of England on our single family tree. Login to find your connection.