Gail Borden was born on November 9, 1801 in Norwich, New York, USA, the son of Gail Borden and Philadelphia (Wheeler) Borden.[1] Although he had only a little more than one year of formal schooling, he had a strong desire to find ways to improve daily life.

Gail married Penelope Mercer on March 18, 1828 in Amite, Mississippi. [2] Penelope and Gail had seven children in 15 years. They were:

Penelope died as a young mother on September 5, 1844, in Galveston, Texas, at the age of 32. She and her her four year old son, Stephen F Austin, both died of yellow fever. They were buried at Woodlawn Cemetery in Bronx, Bronx County, New York, USA.[3]

Gail started off his career in print. He created Texas' first permanent newspaper in October 1835, the "Telegraph and Texas Register". His paper was the first to report the fall of the Alamo on March 17, 1836.

Gail held many jobs during his lifetime. He was a teacher, a soldier, a surveyor, a tax collector, and a missionary. He considered himself mostly an inventor. As an inventor, Gail was not immediately successful. He was thought of as a wacky inventor. He made a machine that was part wagon and part sailboat. He called it the "terraqueous machine." He also designed a giant refrigerator that he hoped would help people recover from yellow fever. In addition, removed the water from 100 pounds (45 kg) of beef and mixed it with flour to make meat biscuits.

In 1829 Borden moved to Texas and settled on Galveston Island. There he built one of his first inventions, the "locomotive bathhouse." This movable bathhouse allowed women who wanted to take baths in the Gulf of Mexico to do so in private.

Borden witnessed children die aboard a steamship for lack of fresh milk and was determined to find a way to keep milk from spoiling. Borden applied for a patent on his most important invention in 1853. He had developed a way to condense, or thicken, milk by heating it in a vacuum pan. At the time, it was difficult to keep milk fresh for more than a few days. With Borden's invention, milk could now be stored for long periods of time without being refrigerated. Unlike fresh milk, condensed milk could be shipped across the United States and to other countries.

Gail opened two factories but failed until he obtained financial backing from a wealthy investor, He invention was finally made in 1856 after receiving his patents from America and Britain. This then led to the establishment of the company known as Borden, Inc. When the Civil War broke out in 1861, the United States government began to buy condensed milk for its troops. This contributed to rapid success and production could not keep up with demand despite his three factories in Connecticut, New York, and Illinois.

Gail died in 1874 in Borden, Colorado County, Texas. The company continued into the 20th and 21st century. In 1938, Elsie the Borden Cow became an advertising icon for the company. Borden's Eagle Brand Sweetened Condensed Milk is still sold today. It has been on the market for more than 145 years!

Improvement in Concentration of Milk Patent No. 15,553

Inducted 2006 Gail Borden, Jr.’s process for condensing milk offered the first way to preserve milk without refrigeration, and improved the diet of nineteenth century Americans. Condensed milk helped to change the dairy business from a local farmer-to-consumer business into a major industry.

Anticipating the work of Louis Pasteur, Borden believed that protecting milk from airborne impurities would keep it from spoiling. He used a vacuum pan with a heating coil to vaporize the water from the milk without burning or souring it. Unequaled in purity at the time, the resulting condensed milk could be stored and shipped over long distances. During the Civil War, the Union Army ordered more of the milk than Borden’s factory could produce. Word of its advantages quickly spread to the public and the milk industry flourished.


Memories: 1
Enter a personal reminiscence or story.
Brian Collins
Gail Borden, from Texas, was the inventor of condensed milk.
posted 2 Mar 2012 by Brian Collins   [thank Brian]
Login to add a memory.
Is Gail your ancestor? Please don't go away!

ask our community of genealogists a question.
Sponsored Search by Ancestry.com
DNA Connections
It may be possible to confirm family relationships with Gail by comparing test results with other carriers of his Y-chromosome or his mother's mitochondrial DNA. However, there are no known yDNA or mtDNA test-takers in his direct paternal or maternal line. It is likely that these autosomal DNA test-takers will share some percentage of DNA with Gail: 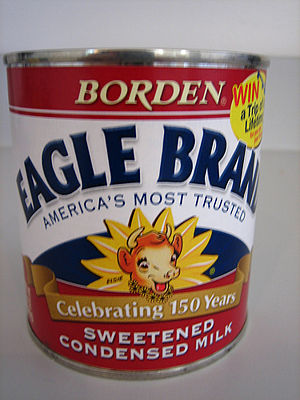 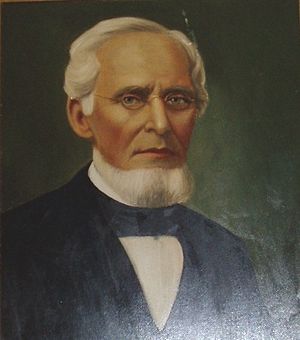 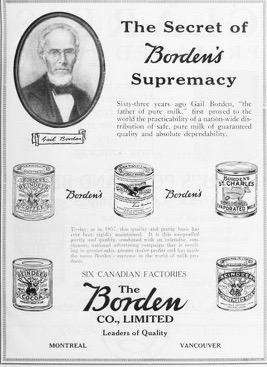 Leave a message for others who see this profile.
There are no comments yet.
Login to post a comment.
[Living Daly]
Paula is right, a fantastic profile on a Brilliant caring man
posted Mar 18, 2016 by [Living Daly]

Steve Lake
The Borden family was huge in the history of the Republic and State of Texas. Yes, connecting brothers would be worthwhile
posted Mar 17, 2016 by Steve Lake

Paula J
This fellow's brother's brothers seem to have a significant history of their own. I would add them if you get time.
posted Mar 17, 2016 by Paula J

Paula J
I am going to have Eric program a nice framed box for the part at the bottom about his patent and its impact.

This is a wonderful profile! What an excellent job you all have done!

Paula J
I will add in the other bio details as soon as I get to my laptop
posted Mar 17, 2016 by Paula J

Lucy (Wrenn) Hermes
Borden-1 and Borden-216 appear to represent the same person because: They are the same person. I am getting ready to add Philadelphia Wheeler Borden as his daughter with Penelope Mercer as his 1st wife and her mother. I don't know which Gail Borden to select. My research is that he died 11 Jan 1874 in Borden, Colorado, Texas. I am new at this so I'm not sure how to go about a merge. I have a lot of sources and other info (his 8 children) to add to him. He is my ggg grandfather. Thanks for any help, Lucy
posted Mar 14, 2016 by Lucy (Wrenn) Hermes