Louis XVII Bourbon was a member of the aristocracy in Europe.

Louis XVII, titular king of France, second son of Louis XVI and Marie Antoinette, was born at Versailles on the 27th of March 1785, was christened the same day Louis Charles, and given the title of duke of Normandy. Louis Charles became dauphin on the death of his elder brother on the 4th of June 1789. It is only with his incarceration in the Temple on the 13th of August 1792, that his history, apart from that of his parents, becomes of interest. The royal party included, beside the king and queen, their daughter Marie Thérèse Charlotte (Madame Royale), the king's sister Madame Élisabeth, the valet Cléry and others. The prisoners were lodged at first in the smaller Tower, but were removed to the larger Tower on the 27th of October. Louis Charles was then separated from his mother and aunt to be put in his father's charge, except for a few hours daily, but was restored to the women when Louis was isolated from his family at the beginning of his trial in December.

On the 21st of January 1793 Louis became, for the royalists, king of France, and a week later the comte de Provence arrogated to himself the title of regent. From that moment began new plots for the escape of the prisoners from the Temple, the chief of which were engineered by the Chevalier de Jarjayes, the baron de Batz, and the faithful Lady Atkyns. On the 3rd of July the little dauphin was again separated from his mother, this time to be given into the keeping of the cobbler Antoine Simon who had been named his guardian by the Committee of General Security. The tales told by the royalist writers of the barbarous cruelty inflicted by Simon and his wife on the child are not proven. Marie Jeanne, in fact, took great care of the child's person, and there is documentary evidence to prove that he had air and food. But the Simons were obviously grotesquely unfit guardians for a prince, and they doubtless caused much suffering to the impressionable child, who was made on occasion to eat and drink to excess, and learned the language of the gutter. But the scenes related by A. de Beauchesne of the physical martyrdom of the child are not supported by any other testimony, though he was at this time seen by a great number of people. On the 6th of October Pache, Chaumette, Hébert and others visited him and secured from him admissions of infamous accusations against his mother, with his signature to a list of her alleged crimes since her entry in the Temple, and next day he was confronted with his sister Marie Thérèse for the last time.[1]

Is Louis XVII your ancestor? Please don't go away!

ask our community of genealogists a question.
Sponsored Search by Ancestry.com
DNA Connections
It may be possible to confirm family relationships by comparing test results with Louis XVII or other carriers of his ancestors' Y-chromosome or mitochondrial DNA. Y-chromosome DNA test-takers in his direct paternal line on WikiTree: Mitochondrial DNA test-takers in the direct maternal line: 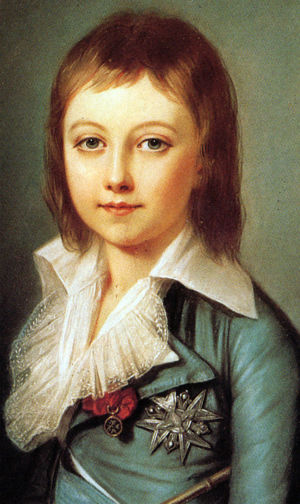 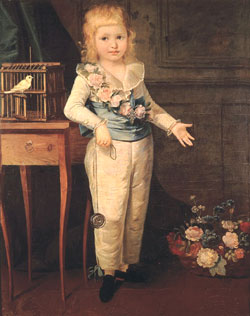 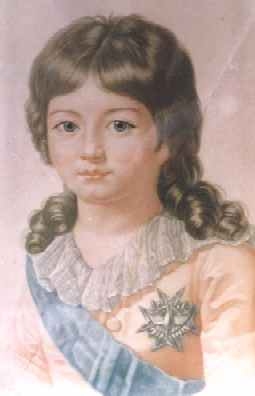 Tracey OBrien
I am also H3 and have all the ethnicities of Europe from France to Russia and have found many DNA matches with cousins all connected to the European monarchs. My father is Irish but has lots of ancestors from Germany, France, Spain, Portugal, Russia, Scotland, Scandanavia Holland etc and the nearest connection to royalty is from a Dutch cousin who is directly related to the Dutch monarchs from the early 1800s. They share about 30CM which is quite a good match. So far I haven´t found any direct royal ancestors but a lot of cousins. I also have quite a few Browns too so maybe we are distantly related somewhere down the line.
posted Apr 22, 2022 by Tracey OBrien