Henrietta Maria Bourbon was the youngest daughter of King Henry IV of France (Henry III of Navarre) and his second wife, Marie de' Medici. She was born at the Palais du Louvre on 25 November 1609, but some historians give her a birth-date of 26 November.

In England, where the Julian calendar was still in use, her date of birth is often recorded as 16 November. Henrietta Maria was brought up as a Catholic. As daughter of the Bourbon king of France, she was a Fille de France and a member of the House of Bourbon. She was the youngest sister of the future King Louis XIII of France. Her father was assassinated on 14 May 1610, in Paris, before she was a year old.

After her older sister, Christine Marie, married Victor Amadeus I, Duke of Savoy, in 1619, Henriette took the highly prestigious style of Madame Royale; this was used by the most senior royal princess at the French court. Henrietta was trained, along with her sisters, in riding, dancing, and singing, and took part in French court plays. Although tutored in reading and writing, she was not known for her academic skills; the princess was heavily influenced by the Carmelites at French court. By 1622, Henrietta was living in Paris with a household of some 200 staff, and marriage plans were being discussed.

Henrietta Maria and Charles I of England were married on 13 June 1625, during a brief period in which England's pro-Spanish policy was replaced by a pro-French policy. After an initial difficult period, she and Charles formed an extremely close partnership. Henrietta never fully assimilated herself into English society; she did not speak English before her marriage, and as late as the 1640s had difficulty writing or speaking the language. This, combined with her Catholic beliefs, marked her out as different and potentially dangerous in the English society of the time, which feared Catholic subversion and terrorism like the Gunpowder Plot, and led to her becoming an unpopular queen.

Sponsored Search by Ancestry.com
DNA Connections
It may be possible to confirm family relationships with Henrietta Maria by comparing test results with other carriers of her mitochondrial DNA. Mitochondrial DNA test-takers in the direct maternal line:

Images: 7
Henrietta Maria of France as idealized by Peter Lely. 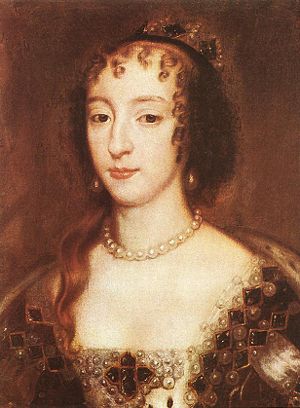 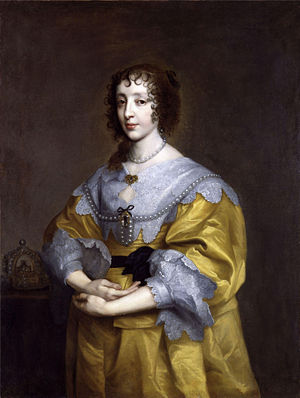 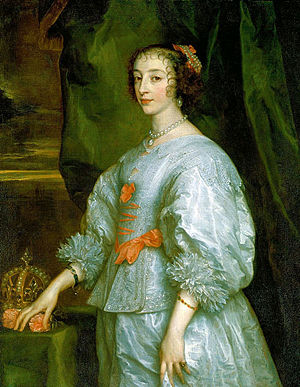 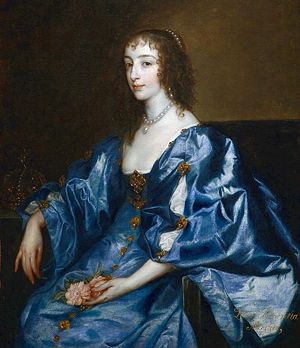 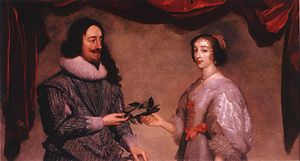 John Atkinson
Bourbon-315 and Bourbon-2 appear to represent the same person because: Both profiles are of Henrietta Maria de France, the wife of Charles I Stuart, King of England and Scotland and should be merged.
posted Dec 15, 2019 by John Atkinson