"Bourgeois' writings laid out the basic principles of midwifery that practitioners of the art have followed ever since. She likened the midwife's role to that of a ship's pilot, working with natural forces rather than becoming ensnared in a futile quest to overpower them, and she laid out various ethical precepts for midwives that remained well known and have resonated down to the present day'; ." [1]

"The first woman to write a book on childbirth was Louise Boursier (1563-1636), teacher, author, and midwife to the French court for 27 years. In 1609, she wrote a book on midwifery and childbirth practices that was expanded in 1759 by her descendant, Angelique le Boursier du Courdray, who was also a midwife." [2]

"(1563–1636)... a French midwife called The Scholar. She was midwife to the French royal family of King Henry IV of France and his wife Marie de Médicis,... helped raise the art from folklore to science through her prodigious writings and her methods which were based on common sense... parish register reads: The 30 December 1584, married Martin Boursier, barber-surgeon and Loyse Bourgeois.'" [3]

"Jacques Guillemeau connection with women of early modern Europe is mainly through obstetrics. Just as he was influential in other medical areas, he also made an impact on the studies of women’s reproductive system and childbirth. However, he also played a major role in devaluing the position of midwives during childbirth. Guillemeau was instrumental in the transition that took place between midwives controlling every aspect of childbirth to the need of the presence of a physician or a surgeon. He made his opinions a public matter through his writings. His efforts were based on the conviction that female midwives did not receive formal education and thus were simply incompetent to have the know-how on safe childbirth.

Later, he would readjust some of his writings to say that he felt that while midwives’ traditional roles were important in building relationships with the mother and child-birthing situations, however, there was a clear line between their roles and the roles of an educated physician. Regardless of his disservice to women of the time, Guillemeau continued to grow. His 'connections to Paré, as well as a host of other physicians and surgeons, led to his promotion to the grade of ordinary surgeon to King Henri III' (Long, 247). Being fluent in Latin gave him the capability to translate Paré’s works from French to Latin, so that the texts were accessible for not only surgeons but also physicians. In a weird twist of irony, Guillemeau’s legitimacy was questioned as well. The medical faculty of Paris questioned his capability of translating the documents accurately as he was only a surgeon. The speculation didn’t stop them from publishing the material and in fact, they even attributed to translation to him. This not only established him as a successful surgeon and a published writer, it also elevated the status of all surgeons. Thus, Jacques Guillemeau holds a unique position in early modern European medicine as he was possibly the only man who managed to become a successful surgeon, a well-accepted published author, and established the position of a physician in childbirth, widening the gap between genders in women’s medicine in the 16th and 17th century." [4][5]

ask our community of genealogists a question.
Sponsored Search by Ancestry.com
DNA
No known carriers of Louise's DNA have taken a DNA test. 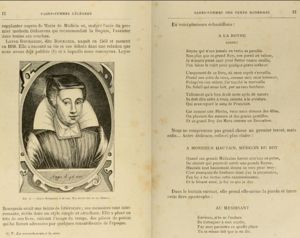 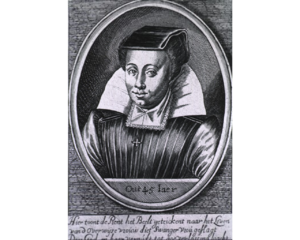