A good biography of Richard can be found here.[1]

Named after his childless cousin and Godfather, Sir Richard Atkins. His mother's sister had married Sir Henry Atkins, fourth baronet of Clapham. Sir Richard died in 1756. His sister, Penelope, Lady Rivers, held on for 40 years and the present Richard was to inherit and change his name to Atkins. He did so in April 1791, after essentially spending his inheritance early...

In September 1763, he took up a commission in the 48th Regiment of Foot, and promoted to Lieutenant in 1766. The regiment was in Ireland for about 10 years, with [Bowyer-69] detached on the Isle of Man.

On 3 February 1773 he married Elizabeth Brady. She was granddaughter of a celebrated poet and doctor of divinity anfd her father, Cornelius Brady, was a renowned mathematician.

A daughter, Anne Elizabeth was born about 1773. [2] William in January 1779. Probably a boy, George, died in infancy in 1780. The Bowyers remained on Man in 1786 when James was born, and shortly afterwards, Elizabeth died.

On 13 September 1788 he married Elizabeth Antrobus, daughter of the late Reverend John Antrobus and widow of Michael Sweeney.

In June 1791 he left for New South Wales, arriving on the Pitt in February 1792. Elizabeth arrived some 11 years later.

He took up domestic life with Ann Bockerah (Buckrill), widow of the jewish convict Solomon. Sarah was born to this marriage, and Penelope, illegitimately, in February 1793. Ann died giving birth and Atkins cared for both children.

He then domiciled with Catherine Haggerty, "Kitty". She had given birth to a son in 1793, whose father is probably Hardwicke Richardson, but later passed off as Atkins' son. Haggerty bore Atkins a daughter, Theresa on 4 July 1795.

In October 1802 Elizabeth joined the colony. She cared for his illegitimate daughters. She died in October 1809.

In the colony since 1801, Mary Beckwith had been a domestic servant of the Atkins, and Richard returned to England with her in 1810.

Sarah Bockerah had married John Laurie, and was granted 50 acres in her own name.

Penelope and Theresa remained in the colony and lived with the Lauries.

He died at High Wycombe, Buckinghamshire on 21 November 1820 and is buried in the Bowyer family vault.

No more info is currently available for Richard Bowyer. Can you add to his biography? 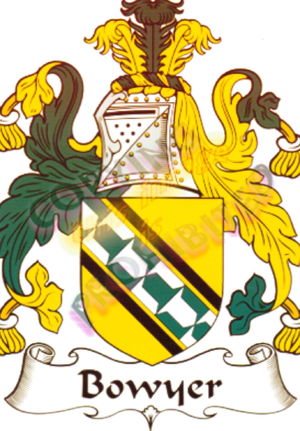 Leave a message for others who see this profile.
There are no comments yet.
Login to post a comment.
Christine (Robbins) Berridge
Richard was born BOWYER but changed his name to ATKINS in the hope of receiving an inheritance from an ATKINS relative. Richard was a very disreputable person. See "The Fatal Shore" by Robert Hughes.
posted on Bowyer-1024 (merged) Aug 31, 2020 by Christine (Robbins) Berridge

Tim Schmidt
Bowyer-69 and Bowyer-1024 appear to represent the same person because: These people both refer to the former judge advocate of NSW, Richard Atkin, born Bowyer
posted on Bowyer-1024 (merged) Aug 31, 2020 by Tim Schmidt