From Sir Brian Barratt-Boyes in his forward to Peggy Crawford's most interesting family saga Beginnings in God's Own : A Comprehensive Chronicle of Events of the Barratt Family and Their Descendants. [2] "My mother Edna was a remarkable woman ..... She alone decided, on the death of her father, Clarence Henry Barratt, who had no sons, that the Barratt name must not be allowed to disappear from her family. Accordingly, I was marched into her Solicitor's office at the age of 18 to have my name changed from Boyes to Barratt-Boyes. This led to subsequent difficulties for my brother Derek who, to avoid confusion, also adopted the name some 10 years later; and for me when I returned to Medical School after the summer vacation and was mercilessly ragged for presuming to be above my station!"

He studied medicine at Otago's Medical School, graduating with a Bachelor of Medicine, from the University Otago, in 1946. He continued his training as a surgeon, initially in New Zealand, and later at the Mayo Clinic, Rochester, Minnesota USA, (1953-55) then as a Nuffield Fellow in Bristol UK (1955-56).[3]

Music and religion were important parts of Brian's early life. He was a soloist and member of the choir in his local Anglican church as well as being a talented pianist. He enjoyed carpentry. During his years at the University, he helped with Sunday services in trade for room and board, and he later became a lay preacher.[4]

In 1956 he returned to Auckland, NZ. and pioneered the development of cardiopulmonary bypass. He performed the first "hole in the heart" open heart surgery in New Zealand on a 10 year old child in 1958.[5]

He is recognised for three major scientific achievements:-[5]

He went on to achieve international recognition in the various fields of cardiac surgery including, Chairman, University Otago, 1962. Doctor of Science, University Colorado, 1985. He was knighted in 1971. He retired from surgical practice in 1990 but continued with his research work.[6]

Ironically, trouble with his own heart, caused him to need a coronary artery bypass in 1974, and then several more procedures. The last, replacing two valves, was performed at the Cleveland Clinic in Ohio. Barratt-Boyes died from complications of this surgery at the age of 82 on March 8, 2006.[9]

Is Brian your relative? Please don't go away!

ask our community of genealogists a question.
Sponsored Search by Ancestry.com
DNA Connections
It may be possible to confirm family relationships with Brian by comparing test results with other carriers of his ancestors' Y-chromosome or mitochondrial DNA. However, there are no known yDNA or mtDNA test-takers in his direct paternal or maternal line. It is likely that these autosomal DNA test-takers will share some percentage of DNA with Brian: 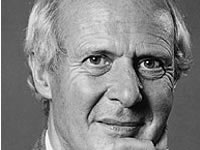 Commander of the Most Excellent Order of the British Empire 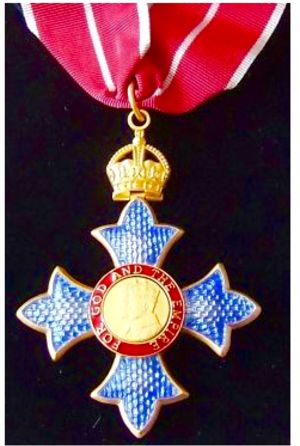 Maria Maxwell
Valerie do you have a link to this book ?
posted May 23, 2016 by Maria Maxwell

Valerie Willis
see a family history researched and written by Peggy Crawford; with a forward by Sir Brian Barratt-Boyes -

Beginnings in God's own : a comprehensive chronicle of events of the Barratt family and their descendants from 1830 in England - to New Zealand in 1842 - following the lives of some 50 families into the twentieth century