He was the son of Roger Boyle and Joan Naylor.

He attended Corpus Christi College, Cambridge, 1583, and studied law at the Middle Temple, London; first went to Ireland in 1588 and in 1602 purchased for a small sum Sir Walter Raleigh's large landholdings in Cork, Waterford, and Tipperary; he was appointed (1629) one of the lord justices of Ireland and in 1631 became lord high treasurer of the kingdom; knighted, 1603; elected to Parliament, 1614; 1st Baron Boyle of Youghal, 1616; 1st Viscount Dungarvan, 1620; Lord High Treasurer of the Kingdom of Ireland.

He was educated at King's School, Canterbury, Kent, England.

He matriculated at Corpus Christi College, Cambridge University, Cambridge, Cambridgeshire, England, in 1583. He was accused of embezzlement several times and spent 2 months in the Gatehouse, but was acquitted to the discredit of his accusers.

He was Clerk to Chief Baron Manwood. He emigrated to Ireland arriving on 23 June 1588.

He held the office of Governor of Loughfoyle between 1614 and 1643.

He was created 1st Viscount of Dungarvan, co. Waterford [Ireland] on 16 October 1620.

He wrote the book The True Remembrancer, autobiography.

In 1641 he raised two troops of horse to fortify the Castle of Lismore,[2] during the rebellion.

He was buried at St. Mary's Abbey, Youghal, County Cork, Ireland. His will was probated in 1668. 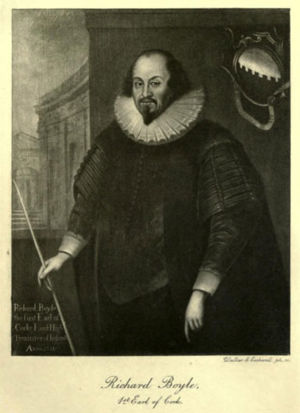 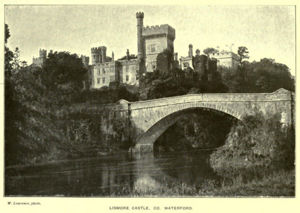 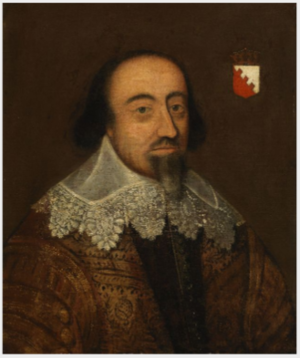