Chris Cornell (born Christopher John Boyle; July 20, 1964 – May 18, 2017) was an American musician, singer and songwriter, best known as the lead vocalist, primary songwriter and rhythm guitarist for Seattle rock band Soundgarden and as lead vocalist and songwriter for the group Audioslave. He was also known for his numerous solo works and soundtrack contributions since 1991, and as founder and frontman for Temple of the Dog, the one-off tribute band dedicated to his late friend Andrew Wood.[1]

Chris converted to the Greek Orthodox religion of his wife Vicky.

In an interview on Howard Stern’s show, c. 2007, Chris appeared to state that his mother is Jewish. This is not accurate.

Chris’s patrilineal ancestry can be traced back to his third great-grandfather, Denis Boyle.

Chris’s paternal grandmother was Anona Ruth Olson (the daughter of Eivin Olaus Olsen, later Olsen, and of Carrie Lorena Jones/McGuire). Eivin was a Norwegian immigrant, from Stavanger, Rogaland, and was the son of Ole Olsen Blaasenberg, later Vaaland, and of Andrine Tønnesdatter Bjuland.

Chris’s maternal grandmother was Marion/Marian M. MacNutt (the daughter of James Frederick MacNutt and Clarabell Josephine Hubbell). Marion was born in Washington. James was a Canadian immigrant, from Darmley, Prince Edward Island, and was the son of George Beairsto MacNutt and Annie McGougan Rodd. Clarabell was born in Wisconsin, the daughter of Fred Keaton Hubbell and Annetta Alta Remer.

Chris’s matrilineal ancestry can be traced back to his fourth great-grandmother, Elisabeth Hoffmann, who was born, c. 1821, in Hesse, Germany.

Is Chris your relative? Please don't go away!

ask our community of genealogists a question.
Sponsored Search by Ancestry.com
DNA
No known carriers of Chris's DNA have taken a DNA test. 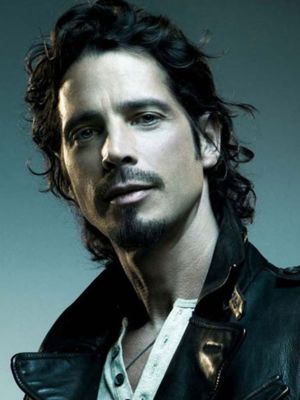 Leave a message for others who see this profile.
There are no comments yet.
Login to post a comment.
Sherri Lyn Neill
Rothesay is in New Brunswick on the outskirts of the city Saint John. Darmley is actually spelled Darnley it is a farming and fishing community on Malpeque Bay on Prince Edward Island. I know what I speak as I own land in both places. I’ve been a huge Chris Cornell fan for over 30 years and learn today that he had a connection to my home in Canada it really made my day. I miss his music terribly, thanks for posting this.
posted Apr 18, 2020 by Sherri Lyn Neill
Antonia (Widenstedt) Reuvers
Please set this profile to open so the project members may edit it. Thanks.
posted Apr 09, 2019 by Antonia (Widenstedt) Reuvers