He was the Great Grandson of Rev Robert Bracewell and this is a DNA proven Line via FTdna testing [1] .[1] Richard moved at an early age with his parents, Richard Braswell and Eleonor Bryant[2], to North Carolina.[3] He lived in Chowan County and later in Bertie County. Eventually, living in Edgecombe County which was formed in 1741 from Bertie County.

Richard's will [2] was dated Dec. 7, 1767 and was proved in January 1772 in Edgecombe County, North Carolina. Mentioned in his will were:

ask our community of genealogists a question.
Sponsored Search by Ancestry.com
DNA Connections
It may be possible to confirm family relationships with Richard by comparing test results with other carriers of his Y-chromosome or his mother's mitochondrial DNA. However, there are no known yDNA or mtDNA test-takers in his direct paternal or maternal line. It is likely that these autosomal DNA test-takers will share some percentage (beta) of DNA with Richard: 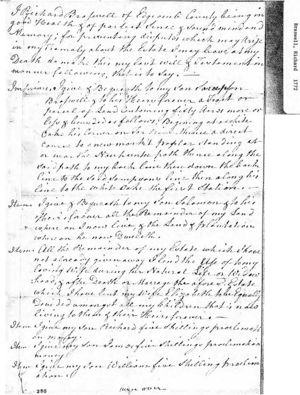 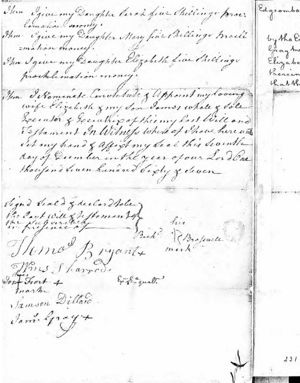 Leave a message for others who see this profile.
There are no comments yet.
Login to post a comment.
Norman Dodge
Braswell-1277 and Bracewell-107 appear to represent the same person because: Che the spelling of the last name and then merge because they seem to be the same person.
posted Jun 21, 2018 by Norman Dodge

Sherry Wells
Braswell-540 and Bracewell-107 appear to represent the same person because: after I did another merge, I found this duplicate with a different spelling of the last name
posted Sep 30, 2016 by Sherry Wells