Mathew Brady was a photgrapher whose Civil War photographs have earned him the nickname "the father of photojournalism".

He was born circa 1822 or 1823 in either Warren County, New York or Ireland (he appears in the 1850 US Census with birthplace given as "Ireland", and again in the 1855 New York state census with a birthplace of "Ireland").

He spent most of his childhood in Saratoga Springs. There he met William Page, a painter, who was the student of Samuel F.B. Morse.

In 1839, Brady went to New York City with Page, who introduced him to Samuel Morse (who in addition to his work on the telegraph introduced photography to America), and Morse taught Brady the art of "daguerreotypy", as it was then called.

In 1844 Brady opened the "Daguerrian Miniature Gallery" on Broadway, and his work met with notable success, earning awards from the American Institute of Photography.

Brady is known for sayinng, "the camera is the eye of history"; with that in mind, he either took photographs himself or collected them from others for his "Gallery of Illustrious Americans" (this included travelling to Tennessee in 1845 to photograph President Andrew Jackson at his home, the Hermitage, shortly before Jackson's death; Brady's portrait of Jackson is the oldest surviving photgraph of an American president).

In the late 1840's Brady opened a studio in Washington DC in order to be close to the seat of government and have the opportunity to photograph the president, members of the cabinet, and Congress; it was here that he met Juliet Handy, who he married in 1849.

In 1851, Brady and his wife travelled to England to show his works at the Great Exhibition in the Crystal Palace, where his daguerreotypes won three medals.

When he returned to America he opened another studio on Broadway in New York, dividing his time between Manhattan and his studio in Washington.

When the US Civil War started, Brady decided to make a photographic record of it, investing over a hundred thousand dollars of his own money in outfitting teams of photographers to follow the Army; he did little of the work himself (the most significant photos taken by Brady himself are those of Robert E Lee after the surrender at Appomattox). By the end of the war the public had little appetite for images of the conflict, and Brady found himself unable to discharge his debts and left bankrupt.

He never regained his fortune, and as he was preparing to lecture about the Civil War in New York, he was struck by a streetcar while crossing Broadway. He was admitted to Presbyterian Hospital for care but never recovered. Mathew Brady died on January 15, 1896, and was buried in his late wife's family plot in Congressional Cemetery in Washington DC.

2)No one will ever know what I went through to secure those negatives. The world can never appreciate it. It changed the whole course of my life.

3)Results are uncertain even among the more experienced photographers.

posted 30 Oct 2009 by Allison Ross
Login to add a memory.
Is Mathew your ancestor? Please don't go away!

ask our community of genealogists a question.
Sponsored Search by Ancestry.com
DNA
No known carriers of Mathew's ancestors' DNA have taken a DNA test. 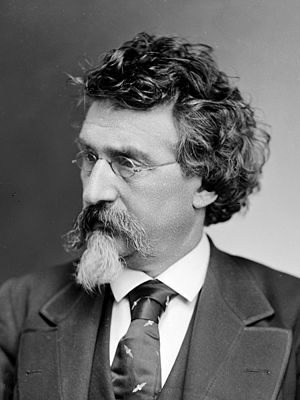 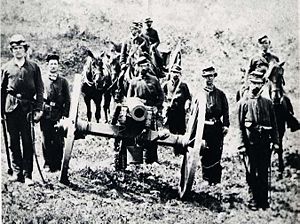 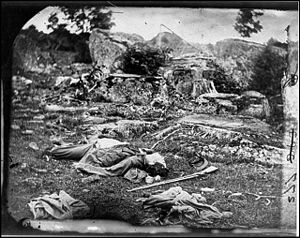 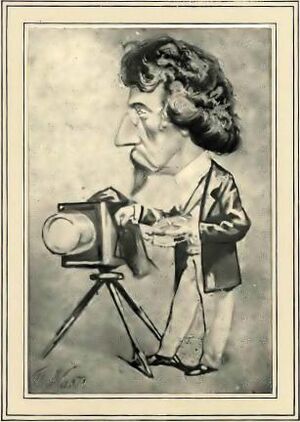