Teófilo Braga was born 24 Feb 1843 in Ponta Delgada in the Azores, son of Joaquim Manuel Fernandes Braga, from Braga, and Maria José da Câmara e Albuquerque (1815-1846), from the island of Santa Maria. He had a somewhat aristocratic pedigree, but grew up to be a republican and a secularist.

Teófilo was the youngest of seven children. His mother died when he was three. His father remarried two years later, and his relationship to his step-mother was poor. His father, a high-school teacher, died in the Azores Islands.

He graduated the University of Coimbra in 1868, obtained a law degree in 1872, and became a professor of Modern Literature in Lisbon that year.

He was a politician and prolific writer, an exponent of philosophical and literary Positivism.

In later years he was a recluse widower in Lisbon. He died there in 1924, and was buried at Jerónimos Monastery in Belém, Lisbon.

Is Teófilo your ancestor? Please don't go away!

ask our community of genealogists a question.
Sponsored Search by Ancestry.com
DNA
No known carriers of Teófilo's ancestors' DNA have taken a DNA test. 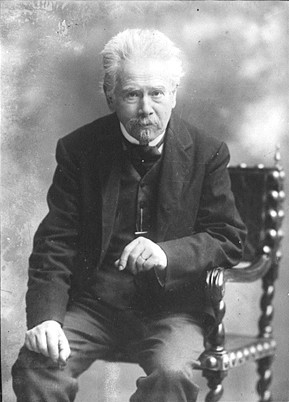