Louis Simon was born on 19 Ventose an III (9 March 1795) in Coupvray, a small town about twenty miles east of Paris. He is a son of Simon Braille and Monique Baron[1]. His siblings were Monique Catherine Josephine Braille (b.1793), Marie Céline Braille(b.1797) and Louis "Benjamin" Braille(1809).[2]

On September 25, 1815, Louis-Simon married Virginie Cotte[3], daughter of a wine-grower in Lesches, and helped her father in the fields, plowing, hay-making and dressing vines.[4]

In June 1819,his sister Marie Céline married Francois Isidore Marniesse and left home. "Louis-Simon, he had settled down in Chessy, several miles from Coupvray. His father had wanted him to continue the tradition, and had taught him the trade of the harness-maker so that he could later succeed him. But Louis Simon certainly did not have much inclination for this work, which calls for patience and a real liking for it. He thought that in a few years he would give up the trade, buy some land and devote himself to the cultivation of vineyards. He got along well with Louis. Sundays when he came to see his parents, he would guide his brother to church."[5]

On May 31, 1831 Louis-Simon traveled to the Institution to give his blind brother Louis the news of their father's death. Louis-Simon brought with him a letter for Dr. Pignier dictated by their dying father. The old father commended his young son to the director and asked him never to forsake him. It is Pignier himself, who tells this detail in his Historical Note on Three Blind Teachers in the Institution. He adds, "It was a sacred bequest made to the Director of the Institution which the latter accepted in advance."[6]

In 1843 Louis Braille returned to Coupvray and the family settled the father's estate. The allotting of the buildings seems to have been carried out fairly, in accordance with the wishes and needs of everyone. Louis-Simon Braille, who lived in Chessy, asked only for a farm building and the workshop to store the crops from his numerous fields located in Coupvray. The Marniesses, already the owners of a large house and a workshop in Coupvray, also received two farm buildings. Louis Braille, who probably wished to have a home to which to come each year for his vacations, obtained the old family house where he was born. As for the Carrons, if their share seemed unimportant (one building shared with Louis Simon, and a few plots of land and vineyards), it is very possible that they received as compensation some of the tools from the harness-maker's shop; for Louis Braille's two nephews had learned the trade of their grandfather.[7]

Louis "Benjamin" Braille returned to teaching but visited Coupvray from time to time to see his family, his fields and vineyards with Louis-Simon.

On the night of December 4, 1851,Louis "Benjamin" Braille became very ill with a hemorrhage. Louis-Simon "came alone from Coupvray, since their aged mother could not undertake the journey. He brought messages of affection and loving solicitude from the family."[8] Louis Braille died January 5, 1852. Louis-Simon returned with the news to his mother in Coupvray. "On January 7th Louis Simon went to the Mayor's office and obtained from Monsieur Lahogue, the first assistant, authorization to have Louis Braille buried in his native village. He returned to Paris immediately, found a conveyor, M. Bulton, took the necessary steps at Police Headquarters, and fixed the transfer for Friday, January 9."[9]

Louis Simon Braille died in the village of Lesches, where he had been living from several years, on February 6, 1856[10].

Is Louis-Simon your ancestor? Please don't go away!

ask our community of genealogists a question.
Sponsored Search by Ancestry.com
DNA
No known carriers of Louis-Simon's ancestors' DNA have taken a DNA test. 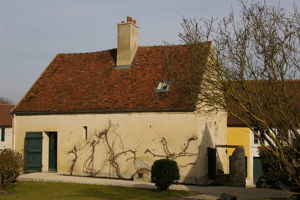