Dorothea (Brandenburg-Kulmbach) von Hohenzollern is a member of the House of Hohenzollern.

Dorothea Brandenburg-Kulmbach was a member of the aristocracy in Europe.

The most important aspect of the Kalmar Union was the personal union between the three kingdoms of Denmark, Norway and Sweden. Also included in this fellowship was Finland, that was a part of Sweden (until 1809), and Iceland, Greenland, the Faroes and the Shetland archipelago, belonging to Norway, meaning that the union encompassed all of the Nordic countries. The formal marking of the unification took place in the Swedish city of Kalmar, where Erik of Pomerania was crowned king of all three realms in 1397. The union’s centre of power was located in Denmark, but all the countries were principally ruled according to their own laws and traditions. The union was, with short breaks, maintained from 1397 to 1448. Following this, only the personal union with Norway – with a few interruptions – remained in effect (until 1814), while the Danish kings only managed to rule in Sweden for brief periods until Sweden definitively seceded by proclaiming Gustav Vasa king of Sweden in 1523.

Is Dorothea your ancestor? Please don't go away!

ask our community of genealogists a question.
Sponsored Search by Ancestry.com
DNA
No known carriers of Dorothea's DNA have taken a DNA test. 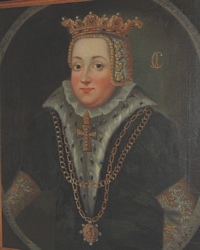