Ferdinand Albrecht II Braunschweig-Bevern was a member of the aristocracy in Europe.

Ferdinand Albrecht was born at Bevern on 19/29 May 1680, the sixth child, and fourth but second surviving son, of Ferdinand Albrecht I, Duke of Brunswick-Luneburg in Bevern, and his wife Christine, Landgravine of Hesse-Eschwege. He was baptised three days later on 22 May/1 June 1680.[1]

His father was the son of August, Duke of Brunswick-Wolfenbuttel and his third wife, Sophia Elisabeth, Duchess of Mecklenburg-Gustrow, and had been granted Bevern bei Holzminden in 1667.[2]

Ferdinand Albrecht II was originally intended for the Church and was Priest in the Church of Sts succeeded his elder brother Anton Ferdinand in Bevern in 1704 and his first cousin Ludwig Rudolf in Wolfenbuttel in 1735.

Is Ferdinand Albrecht II your ancestor? Please don't go away!

ask our community of genealogists a question.
Sponsored Search by Ancestry.com
DNA Connections
It may be possible to confirm family relationships with Ferdinand Albrecht II by comparing test results with other carriers of his Y-chromosome or his mother's mitochondrial DNA. However, there are no known yDNA test-takers in his direct paternal line. Mitochondrial DNA test-takers in the direct maternal line: It is likely that these autosomal DNA test-takers will share some percentage (beta) of DNA with Ferdinand Albrecht II: 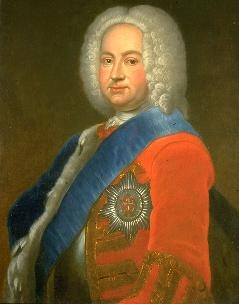