Please see her husband's Hackler-33 profile for information from 1858 thru 1878. Seen as Thersa, Thurza, T J, Jane, Thursey and others throughout the record trail. 'Theresa' which is what is engraved into her gravestone is what is used here.

See photo. Theresa is at home with her family. The John Brewer living with Jacob & Theresa in 1860 is seen below and at Find A Grave Memorial# 15833868.

See photo. Jacob died in 1878. The oldest four children are out and on their own. Leander Noah is listed as head of household. Even though LN is Theresa's step-son, she has raised him since he was 2 years old.

Theresa lists being the mother of 8 children with 5 living. If this is correct and the record for the unnamed infant son is correct also, the Sarah at Find A Grave Memorial# 150353004 can NOT be correct. If Sarah is Jacob & Theresa's child, she must have died before 1880. She is not with the family in 1880 or in any of the other records I've located so far.

See photo. Listed again as T J Hackler and living with son William in Tampa, Marion, Kansas. Most of the family is in this area. Jacob and David are enumerated on the same page.

See photo of DC and see her FaGR memorial for much more information including links to her parents and some siblings. Her great-grandson Melvin's Hackler-151 wife Nadine Turner-15581 has supplied an excellent biography for Theresa Jane at this memorial. I believe that her son William L. Hackler-121 was the informant noted on the DC.

Is Theresa your ancestor? Please don't go away!

ask our community of genealogists a question.
Sponsored Search by Ancestry.com
DNA Connections
It may be possible to confirm family relationships with Theresa by comparing test results with other carriers of her mitochondrial DNA. However, there are no known mtDNA test-takers in her direct maternal line. It is likely that these autosomal DNA test-takers will share some percentage of DNA with Theresa: 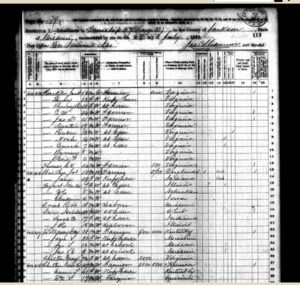 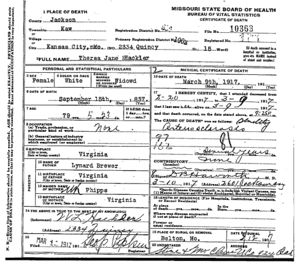 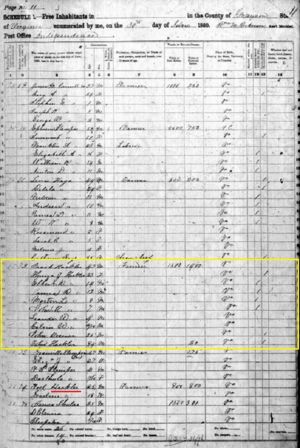 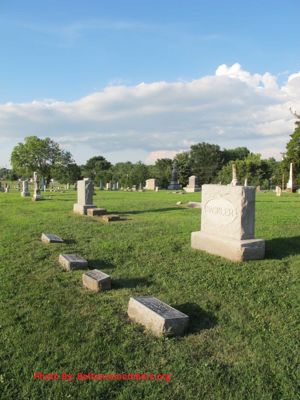 Robin Lee
This profile has been identified as a duplicate by Robin Lee, an Arborist. Please review the proposed merge - bottom of the profile on the left. If they are duplicates please approve the merge. If you have questions or would like assistance please ask. Thank you.
posted Dec 10, 2013 by Robin Lee