Jonathan Brewster was born August 12, 1593 in Scrooby, Nottinghamshire, England to Elder William Brewster and his wife. [See profile Brewster-4 for discussion of William and his disputed wife.]

Jonathan moved with his parents and siblings in 1608 to Leyden (Leiden) in Holland to escape religious persecution. There he supposedly married his first wife whose name is not known.[1] The source has been determined to not pertain to Jonathan Brewster. [2]

Jonathan’s name was recorded in the Leyden records several times. He was a ribbon weaver. He became a Dutch citizen 30 June 1617. He was a witness to the reading and signing of the will of Thomas Brewer and his wife Anna Offley on 7 December 1617. He also was a witness to the betrothal banns of John Reynolds entered 28 July 1617 and to the betrothal banns of Edward Winslow entered 27 April 1618. Styled “Lintwercker” or ribbon maker, he lived in Pieterskerhof while in Holland.

When the family came to America on the Mayflower in 1620. Jonathan stayed behind in Holland. [Some say he stayed to be "with his first wife who with their infant son died. See entry for disputed wife/child below.] Jonathan came to America in 1621 on the ship Fortune, joining his parents, William and Mary, at Plymouth Colony.

Jonathan was one of the men who undertook to discharge the debts of Plymouth Colony. A freeman in 1633, he was active in the settlement of the town of Duxbury, incorporated 7 June 1637. Records indicate that he served as a surveyor, laid out highways, practiced as an attorney, and was styled a “gentleman.” He served as Deputy to General Court 1639, 1641, 1643-1644. He was on a committee to raise forces during the Narragansett Alarm of 1642, and was a member of Captain Myles Standish’s Duxbury Company in 1643. He served as a military commissioner in the Pequot War of 1637. In 1638, Jonathan Brewster established a ferry service to transport passengers and cattle across the North River. In 1641, he sold this to Messrs. Barker, Howell and others. He also practiced as an attorney and was the master and owner of a coasting vessel plying as far south as Virginia.

Sometime before Sept 1649 Jonathan moved to Connecticut, being appointed town clerk of Pequot (New London), and obtained a grant of land from the Mohegan Sachem, Uncas, in that town. By Nov. 30, 1652 a large tract, still known as Brewster's Neck, from the Mohegan tribe was confirmed to him from which he operated a trading post with the Indians. (Brewster Book, by Milton Terry, 1985)

Because Jonathan set up a trading post without the authority of the local government, he was censured, but the deed was confirmed by the town on 30 November 1652.

Jonathan Brewster left an invaluable legacy to the Brewster family known as "The Brewster Book," a record in his own handwriting of the deaths of his mother and father, the birth dates of each of his children, and the marriage dates of his daughters, Mary and Ruth, his son, William, as well as his own birth and marriage dates. He apparently began the record after the marriage in Plymouth of his daughter, Mary, to John Turner in 1645, perhaps after he moved to Connecticut, leaving Mary and his grandchildren behind in Plymouth Colony, but before the date of his second entries, which follow the 1651 marriage of his son William. All of the entries in this book were contemporary and made by three persons, Jonathan, his son Benjamin, and Benjamin’s great-grandson Jabez Fitch, Jr. The book has been of inestimable value to the Brewster family. It is online at The Mayflower Descendant, Volume 1, p 1 (in TAG), membership required.

This publication lists Patience, Fear, unnamed child d 1609, Love, and Wrestling as his siblings. What this means is that there is primary source iron clad proof and if you want to join the Mayflower Society, it is through one of these children.

Jonathan Brewster married Lucretia Oldham, originally of Derby on 10 April 1624 in Plymouth their eight children were:

Did Jonathan marry in Holland?

The Mayflower Society has published biographies of the Mayflower Passengers as they prepare for the 2020 anniversary of the voyage. The profile on William Brewster includes a note about his son Jonathan. Citing Mayflower Quarterly magazine [MQ 51:161-67, 52:6-16, 57-63], it appears that Jonathan did not marry and have a child while they were in Holland. The records cited for that have been determined to not apply to Jonathan Brewster.

The following is no longer accepted as part of Jo0hathan Brewster's biography!
Jonathan Brewster supposedly married Betje Rabnitz as a very young man in Holland, and they had: An "unknown" named child - unknown Brewster who died young in Leyden. See Research Notes - this is disputed by Mayflower Society.

Sponsored Search by Ancestry.com
DNA Connections
It may be possible to confirm family relationships with Jonathan by comparing test results with other carriers of his Y-chromosome or his mother's mitochondrial DNA. Y-chromosome DNA test-takers in his direct paternal line on WikiTree: 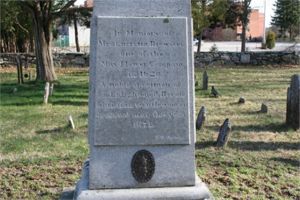 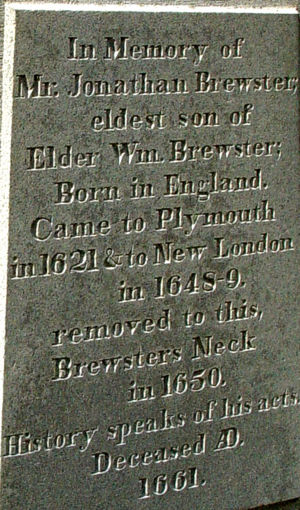 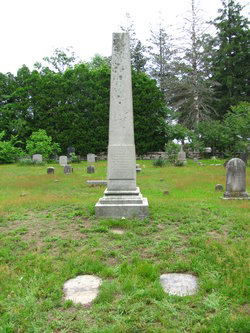 S (Hill) Willson
It looks as if Google Maps tries to pick current places on the map for the locations listed. If Plymouth had been used instead of Plymouth Colony, it would have shown Plymouth, MA. In searching Google Maps, there isn't one "place" associated with Plymouth Colony; instead, other towns, condominiums, etc, come up, as do suggestions for shopping malls and other places.

The URL isn't something we can fix on WikiTree, it appears; rather, it is a function of the place name chosen, and how Google Maps interprets it.

Ron Gragg (Ret.)
This is yet another duplicate profile that is of recent manufacture (7 Feb 2019). Which, again, begs the question: "Why was this profile created, when during it's creation, a warning was given to NOT create it when there is already a profile in existence?
posted Feb 18, 2019 by Ron Gragg (Ret.)

Ron Gragg (Ret.)
This profile was created 7 Feb 2019. When it was created, Brewster-3 would have been flagged, and popped up as an alternate to creating this unneeded duplicate profile, with a warning... WHY was this profile created in the first place?
posted Feb 18, 2019 by Ron Gragg (Ret.)

Tamara Flora
Brewster-3132 and Brewster-3 appear to represent the same person because: Again, at my recent creation, NO close matches showed. Now, following up, here is the obvious original person profile.
posted Aug 30, 2018 by Tamara Flora