Ethel was born in Salford, Lancashire in 1883.[1] She was the daughter of Isaac Briggs, a bricklayer from Pilkinton and and Frances Annie (Dubberley) Briggs from Salop Church, Shelton.[2].

As a child she lived at 34 Grosvenor (Str), Broughton, Salford. Later the family moved to 120 Pemberton Street. She had two brothers and four sisters (Reginald, Sydney, Mabel A., Eunice, Maud, Annie and Eleanor C. At age 17 Ethel was working as a Restaurant waitress.[2] [3]

She married George Henry (Harry) Kershaw in Chorlton in the latter part of 1904. T [4]

She sailed to the United States, with her three children, onboard the SS Carmania, leaving Liverpool on 14 April 1914.[6]

In 1930, Ethel and Harry were living in Lynn, Essex, Massachusetts, USA, in the home of their son in law, Robert Leschke (b. Germany) and daughter Ethel. With them were sons Edwin. (age 20) and Robert H. (age 7. b. in Massassachussetts).[7]

Ethel (Briggs) Kershaw passed away on 18 April 1935 in Lynn, Essex County, Massachusetts and is buried in Pine Grove Cemetery, Lynn. [8]

ask our community of genealogists a question.
Sponsored Search by Ancestry.com
DNA
No known carriers of Ethel's DNA have taken a DNA test. 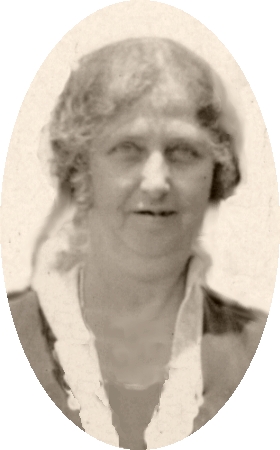