[send private message]
Profile last modified 22 May 2018
This page has been accessed 153 times.

Mary Louise Brooks (November 14, 1906 – August 8, 1985), who worked professionally as Louise Brooks, was an American film actress and dancer noted as an iconic symbol of the flapper, and for popularizing the bobbed haircut. Brooks is best known as the lead in three feature films made in Europe: Pandora's Box (1929), Diary of a Lost Girl (1929), and Miss Europe (1930); the first two were made by G. W. Pabst. She starred in seventeen silent films and eight sound films before retiring in 1938. Brooks published her memoir, Lulu in Hollywood, in 1982; three years later she died of a heart attack at the age of 78.

ask our community of genealogists a question.
Sponsored Search by Ancestry.com
DNA
No known carriers of Louise's ancestors' DNA have taken a DNA test. 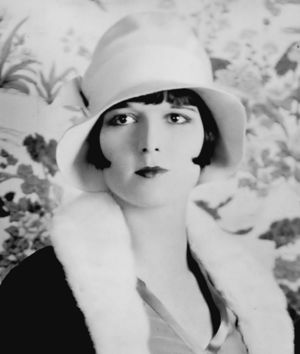