Nathaniel Brooks was born 9 May 1664 in Springfield, Massachusetts. [1]

Nathaniel married Mary Williams in 1696[2] and they had two children by the time the Deerfield Raid in 1704 took place.

Nathaniel's wife, Mary Williams only 31 and pregnant with their third child would end up being murdered on the march to Canada on 7 Mar 1704. The fate of their two young children, taken as captives during the raid is unknown. It is not known whether they died or were integrated in Canada like other children had been.

Nathaniel survived the march and was later redeemed and remarried to Mary Allis in 1709.

ask our community of genealogists a question.
Sponsored Search by Ancestry.com
DNA
No known carriers of Nathaniel's DNA have taken a DNA test. 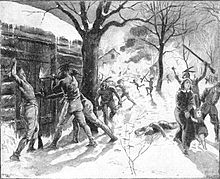 New England Marriages Prior to 1700 - Nathaniel Brooks and Mary Williams 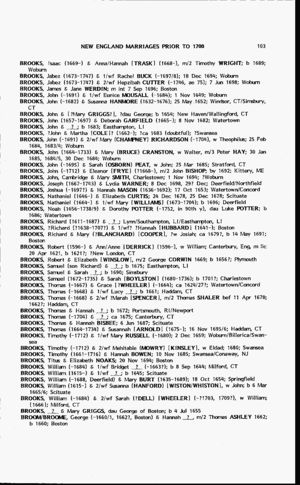 Profiles of people over 200 years old must be Open [1]