Husband of Mahitebel (Royce) Brooks — married after 1789 (to about 1797) in Connecticut, United States

Henry Brooks was born [1] 2 Mar 1723 at Wallingford, CT, and baptised with 9 siblings 30 May 1725 at the Congregational church, Cheshire. He married, 4 Dec 1745 at Wallingford, Mary Cooper of New Haven, daughter of Joseph Cooper and Abigail Smith.

24 Mar 1747/48, his sister Sarah gave up all her rights to him in both the "house and homestead of my honored father Lieut. Thomas Brooks." Son Henry of Wallingford is mentioned in his mother's deed of 23 Jan 1755. Feb 1755, Henry Brooks of Wallingford, with kinsmen Samuel Thompson and wife Rachel, Joseph Burr and wife Rebecca, and Stephen Bunnell, also of Wallingford, and Caleb Granniss and wife Patience of New Haven, quit-claim unto our Brother & Uncle Cornelius Brooks, of Wallingford, their interests in "that Farm of Land in said Wallingford where our Hon. Predecessor Mr. Thomas Brooks late of said town last dwelt."

Henry's wife Mary died 29 Jul 1789.2 Recorded at Cheshire, CT in the 1790 census, family composed of himself, one male under 16, and two females. He married Mehitabel Royce, daughter of Abel Royce and Joanna Beach, and widow of Jesse Bunnell. Removed to Bristol, CT, circa 1794, and died 1797. 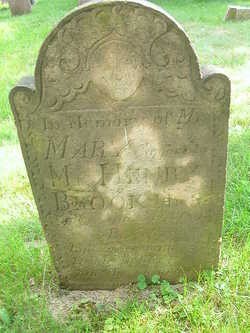