Johnston Brown was an early pioneer in Indiana.

Johnston was a Justice of the Peace.

Johnston Brown was a centenarian, living to age 104.

Johnson Brown came to this part of the state about the time William Cotton came, but returned to Kentucky. He came back again in a few years, married one of William Cotton's sisters; took the fever and ague; recovering he returned to Kentucky again -- returned again in 1814, lived for some time in the house owned by the Pleasant heirs, at the corner of Walnut and Pike Streets which then belonged to David McCormick--he moved to Long Run and lived for many years on a part of the School Section near Siebenthals mill, where he manufactured powder--for many years the only powder used by the hunters of his neighborhood for many miles around. At his house, the hunters, when on a squirrel hunt would meet to get the powder to be used and to count the scalps. He was a Justice of the Peace in Craig Township for many years. For some years previous to his death he resided in Jefferson County west of Moorefield. At the age of 103 or 104 he could with his rifle shoot a squirrel in the tallest tree; in that respect he was a remarkable man. He died some four or five years since in the 106th or 108th year of his age. He was the father of Samuel Brown of Jefferson County, Joseph and Ralph Brown in this county, and several daughers.[1]

His first name is often given as Johnson.

Is Johnston your ancestor? Please don't go away!

ask our community of genealogists a question.
Sponsored Search by Ancestry.com
DNA Connections
It may be possible to confirm family relationships with Johnston by comparing test results with other carriers of his Y-chromosome or his mother's mitochondrial DNA. However, there are no known yDNA or mtDNA test-takers in his direct paternal or maternal line. It is likely that these autosomal DNA test-takers will share some percentage of DNA with Johnston:

Deed of Conveyance of Real Estate 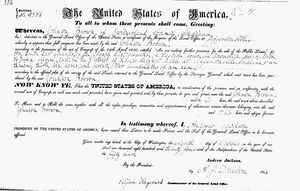 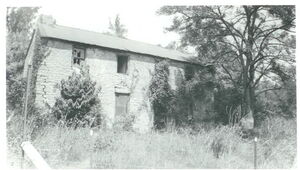 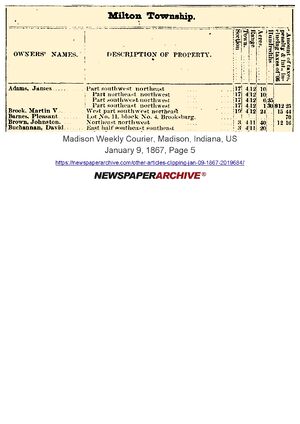