Aaron Venable Brown (August 15, 1795 – March 8, 1859) was an American politician. He served as Governor of Tennessee from 1845 to 1847, and as United States Postmaster General from 1857 until his death in 1859. He also served three terms in the United States House of Representatives, from 1839 to 1845. During the Mexican-American War, Brown's statewide call for 2,800 volunteers was answered by over 30,000, helping solidify the state's reputation as the "Volunteer State."[1]

Brown was born in Brunswick County, Virginia, on August 14, 1795, one of eleven children of Aaron and Elizabeth Melton Brown.[2]

Brown married his first wife, Sarah Burrus, at an undetermined date, and they had six children.] Following her death, he married Cynthia Pillow Sanders, the sister of Gideon Pillow and widow of John W. Sanders, and they had one son. Hill McAlister, a great-grandson of Brown, served as Governor of Tennessee in the 1930s.[3]

Is Aaron your ancestor? Please don't go away!

ask our community of genealogists a question.
Sponsored Search by Ancestry.com
DNA
No known carriers of Aaron's DNA have taken a DNA test. 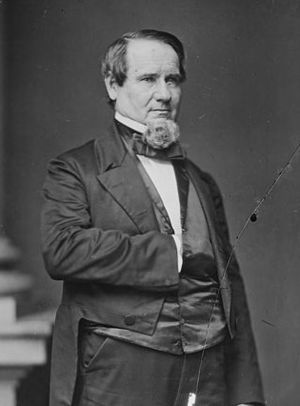 Aaron is 19 degrees from Laurie Giffin, 30 degrees from Toni Morrison and 14 degrees from Henry VIII of England on our single family tree. Login to find your connection.