His military decorations include:

The President of the United States of America takes pride in presenting the Distinguished Flying Cross (Posthumously) to Ensign Jesse Leroy Brown (NSN: 0-504477), United States Navy, for heroism in aerial flight as Pilot of a fighter plane in Fighter Squadron Thirty-Two (VF-32), attached to the USS Leyte (CV-32), in hostile attacks on hostile North Korean forces. Participating in 20 strikes on enemy military installations, lines of communication, transportation facilities, and enemy troop concentrations in the face of grave hazard, at the Chosin Reservoir, Takshon, Manp Jin, Linchong, Sinuiju, Kasan, Wonsan, Chonjin, Kilchu, and Sinanju during the period 12 October to 4 December 1950. With courageous efficiency and utter disregard for his own personal safety, Ensign Brown, while in support of friendly troops in the Chosin Reservoir area, pressed home numerous attacks destroying an enemy troop concentration moving to attack our troops. So aggressive were these attacks, in the face of enemy anti-aircraft fire, that they finally resulted in the destruction of Ensign Brown's plane by anti-aircraft fire. His gallant devotion to duty was in keeping with the highest traditions of the United States Naval Service.

Is Jesse your relative? Please don't go away!

ask our community of genealogists a question.
Sponsored Search by Ancestry.com
DNA
No known carriers of Jesse's ancestors' DNA have taken a DNA test. 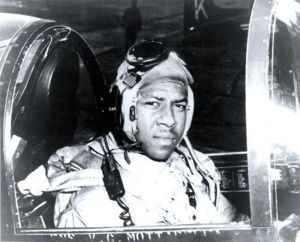 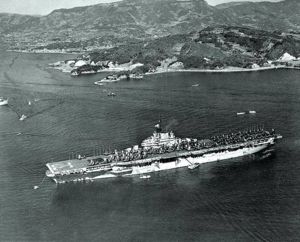