James Buchanan, Jr.,[1] is the only president from Pennsylvania, the only one who never got married[2], and the last to be born in the Category: 18th Century.

Harriet Rebecca Lane Johnston acted as First Lady of the United States during the presidency of her uncle, lifelong bachelor James Buchanan, from 1857 to 1861.

James Buchanan Jr. is a member of Clan Buchanan.

In 1797, the family moved nearby to Mercersburg, Pennsylvania, where their home was later converted into the James Buchanan Hotel.[7]

Buchanan attended the village academy (Old Stone Academy) and later Dickinson College. Although expelled for behavior, he eventually graduated with honors on 19 September 1809. Later that year he moved to Lancaster, and studied law. He was admitted to the bar in 1812.

A Federalist, James initially opposed the War of 1812, but when the British invaded Maryland, he joined a volunteer light dragoon unit to defend Baltimore.

Called "doughface," Buchanan was "a Northerner with Southern sympathies," which caused problems when it came to slavery. He could not maintain peace between the North and South, so the South seceded, heralding a looming civil war.[8] 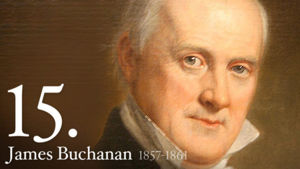 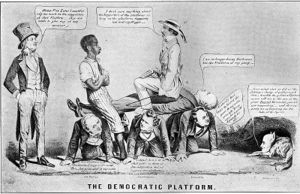 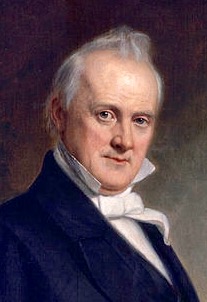 James Buchanan and his Cabinet 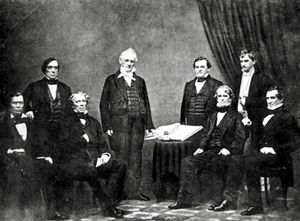 Kathy (Whitfield) Stepp
This has a lots of great stories of the women he dates, engagements, guardianship of sister Harriet's son after she and her husband died, adoption of niece and guardianship of 2 of his sister Jane's kids after she and her husband died, friendship with Dolly Madison, a poem he wrote, and more. Great info. file:///C:/Users/kathy/OneDrive/Pictures/2874-Article%20Text-2720-1-10-20121002.pdf
posted Feb 06, 2021 by Kathy (Whitfield) Stepp

Robin Lee
You are welcome to add sources to this profile, along with any additional information you would like to add to the biography.
posted Feb 08, 2021 by Robin Lee