Franklyn Howard Buck was born March 17, 1881, in Gainsville, Texas. (NOTE: several records have his birth year as 1884, but he was known for "changing" his age from time to time. On his official passport applications he wrote the year 1881.)

The Buck family had moved to Dallas, Texas, before 1900. As a child, he was excellent in geography. He loved birds and small animals and collected a variety of them as a child.

As a young man he left Texas for Chicago, Illinois. While he worked as a bell captain in the Virginia Hotel in Chicago, he met and married in 1901 (at the age of 20) a former light-opera star Lillie West, who was then age 40. She was known as "Amy Leslie." This was her pen name while working as a drama critic for a Chicago newspaper. It was through her contacts that Buck started to make a name for himself and even wrote for a Chicago newspaper.

By 1911 to 1912 he started to travel overseas, collecting exotic birds and then resold them at a huge profit. He continued traveling the world, importing rare animals, selling to zoos and circuses, each time making a good deal of money. He constructed special traps to capture the animals without harming them.

Frank and Lillie were divorced (but did remain friends) by late 1913. Frank had already met and married in Jan. 1914 Nina C. Boardman, born Dec. 23, 1893 in Illinois, who worked as a stenographer in Chicago.

In 1922, the new Dallas Zoo had Frank supply all their animals. He developed a 40-acre park with his animals on Long Island, New York, called "Jungle Camp/Park."

By 1927, Frank and Nina were divorced. They had no children.

Because of his years of travel, Frank joined with Edward Anthony to write of his adventures in the book, Bring 'Em Back Alive, which became a bestseller starting in 1930. He was now world famous and his signature name became "Frank 'Bring 'Em Back Alive' Buck".

At the 1934 Chicago World's Fair he had an exhibit called "Jungle Camp".

Frank wrote many additional books, all along the same theme. Some were, in 1936, a children’s book, "On Jungle Trails". In 1941, there was Frank's autobiography, “All In A Lifetime”.

In 1938, he joined Ringling Bros & Barnum Bailey Circus as one of their star attractions.

During the 1939 New York World's Fair, he set up another "Jungle Land" exhibit.

During the 1930s and 1940s he produced and wrote seven different movies. In 1949, he played himself in the movie, "Africa Screams".

In all his years of handling exotic animals he never was serious injuried. Even with all the poisonous snakes he handled, he was never bitten.

Over the decades Frank handled over 500 different mammals and 100,000 birds. He always perfected the traps and snares in ways that prevented injury to the animals he caught.

Buck always accompanied his animals on shipboard to America to be sure they were well treated, and refused to sell to anyone who did not have an impeccable reputation for animal care. He believed in wildlife and conservation animals for zoos, for circuses or for side shows.

Frank's name and image were used in many commercials and advertisements. An example: "Frank Buck has smoked his way around the globe with Camels."

Many monkeys captured by Buck were used for experiments that led to the defeat of polio. That was his contribution to medicine.

By late 1949 and early 1950, he had many projects in the works but his health was failing. Frank died March 26, 1950, in Houston, Texas, from lung cancer, caused during his decades of smoking.

The Zoo in Gainesville, Texas, was named in his honor in 1954. As of March 2008, it also acquired from the Buck family material collected by Frank Buck and now set up as a permanent exhibit on the life and times. 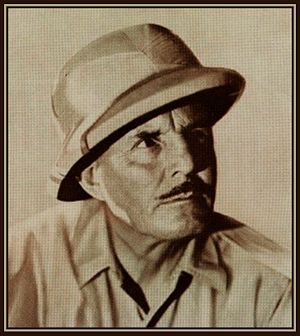 Paula (Hawkins) Reinke
Hi Erin, Please note there is a Suggestion that needs your attention. Thanks!

Michael Sackett
Based on the marriage certificate linked to in sources, The wife's maiden name is incorrect as are the years of birth for Howard and Lillian.

Either the document is for a different person and should be removed or the information needs to be corrected in the wikitree profiles for those individuals.