Martha Bulloch was a southern lady, born in Hartford, Connecticut.

"The summer of 1835 found the Bulloch family living in Hartford, Connecticut ... on July 8, 1835, a daughter named Martha (Mittie) was born. The family remained in the North until shortly before their move to upcountry Georgia."[1]

Martha "Mittie" Bulloch Roosevelt died on Feb. 14, 1884 in the same house and the same day as her daughter-in-law, Alice Hathaway Roosvelt (Martha died of typhoid fever). Martha was age 49.

Mittie came down with a fever which doctors thought might be typhoid. Two days after the birth of her grandchild, at about 3:00 a.m. on St. Valentine's Day. Her son, Theodore, split a vigil between her bed and that of his dying wife one floor above. Mittie died of the fever. She is buried in Green-Wood Cemetery in Brooklyn, New York[2]

TR described his mother - "My mother, Martha Bulloch, was a sweet, gracious, beautiful Southern woman, a delightful companion and beloved by everybody. She was entirely "unreconstructed" (sympathetic to the Southern Confederate cause) to the day of her death.” Friends described her as “a glowing, quick-witted, narrow-waisted black-haired beauty”.

Sponsored Search by Ancestry.com
DNA
No known carriers of Martha's DNA have taken a DNA test. 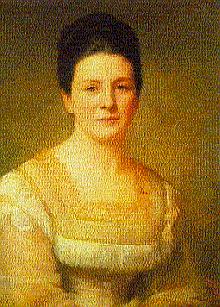 Robin Lee
Bulloch-374 and Bulloch-1 appear to represent the same person because: clearly intended to be the same person, due to husband and son's name
posted Aug 02, 2017 by Robin Lee