James Stephens Bulloch (1793 – February 18, 1849) was an early Georgia settler and planter. He was a grandson of Georgia governor Archibald Bulloch and a nephew of Senator William Bellinger Bulloch.[1] He was also the grandfather of President Theodore Roosevelt and the great-grandfather of First Lady Eleanor Roosevelt.

He was educated to become a planter and learned about managing crops and working with overseers to deal with slave labor.[3]

He first married Hester Amarintha "Hettie" Elliott (1797–1831), a daughter of Senator John Elliott and Esther Dunwoody, on December 31, 1817. Together, they had two sons:

James Patsy moved from the Georgia coast to Roswell[5]

He died on Feb. 18, 1849 and is buried in Founders Cemetery, Roswell, Fulton County, Georgia, USA[2] According to the 1850 Slave Schedules, his widow Martha "Patsy" Stewart Elliott Bulloch still held 31 slaves to work their plantation.[5] 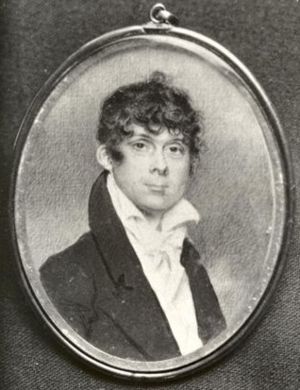 Robin Lee
http://en.wikipedia.org/wiki/James_Stephens_Bulloch Source to update profile, once it is open
posted Oct 22, 2014 by Robin Lee