Vivian Bullwinkel was born on 18 December 1915 in Kapunda, South Australia. Her parents were George and Eva Bullwinkel née Shegog. George had migrated to Australia from Essex England in 1912. Vivian moved to Broken Hill, New South Wales where she started her training as a nurse and midwife. Once she had finished her training she moved to Hamilton Victoria, then moved to the Jessie McPherson Hospital in Melbourne in 1940.

[4]Vivan Bullwinkel volunteered for the Australian Army Nursing Service in May 1941 and she was assigned to the 2/13th Australian General Hospital. She left for Malaya on the hospital ship Wanganella. The hospital shifted to Singapore January 1942 after the Japanese invasion of the Malay Peninsula. Vivian and 65 other nurses were the last of 130 Australian nurses to flee Singapore before the fall of Singapore. They left on the HMS Vyner Brooke , [5] 2 days later on the 14th of February after the ship had been hit repeatedly by Japanese aircraft and received three direct hits, the HMS Vyner Brooke was sunk.

Twelve Australian nurses were either killed in the attack on the ship or drowned in the sea, but 22 nurses and a number of passengers including women, and children made it ashore to Radji Beach on Banka Island. They decided to surrender to the Japanese, except for the civilian women and children who had left already to find the local authorities to whom they might surrender. The nurses were protected under the Geneva Convention as they were non-combatant medical officers some even still had their Red Cross armbands on their uniforms, but this made no difference to the Japanese soliders. 100 British soldiers also joined them on the beach. The Japanese soldiers killed the men and the nurses were ordered into the sea where they were machine gunned from behind. Vivian Bullwinkel was hit by a bullet and was badly wounded. She was still alive and pretended to be dead until the Japanese had left. After the war this became known as the Banka Island Massacre. See Australian Nurses of the Vyner Brooke.

I think by this time we'd had shock added to everything else. The Japanese came and stood in front of us and indicated that we should go into the sea. And we walked into the sea with our backs to them. We knew what was going to happen to us, but all I can remember thinking was, I am sorry Mother will never know what has happened to me but it will be nice to see Dad again.

We didn't talk among ourselves. It was quite silent. We were drained of emotion. There were no tears. Perhaps I was thinking, How can anything as terrible as this be happening in such a beautiful place?

I'm not sure I heard the shooting . . . yes, I think I did hear a rat-tat-tat and I suppose it was a machine-gun. I got hit. The force of the bullet, together with the waves, knocked me off my feet. I just lay there, swallowing a tremendous amount of salt water until I was violently ill. And, after a while it sort of penetrated that I wasn't dying right there and then. I thought I'd better stay low until I couldn't stay low any longer. The waves brought me right into the shallow water.

Finally, when I did sit up and look around, there was nothing. The Japanese had gone and none of the girls were to be seen.. nothing. It's a bit hard to say but I think it might have been just after midday. I started to shiver and all I wanted to do was get up into that jungle and lie down. So I got up and walked across the beach and lay down just off a track that led to the nearest village. Whether I passed out or not, I don't know . . . but I know that I woke up on one occasion and it was pitch dark.

On the second occasion it was daylight, and I was hot and sticky and felt awful. All I could think about was that I must get up and go down to the spring at the beach and get a drink. But I couldn't be bothered. So I lay down again, and for a while there wasn't a sound. And suddenly, to my horrified gaze, I saw a line of helmets and bayonets going down towards the beach. I don't know how long I lay there flat, but eventually they came back again and I swear I looked into every pair of eyes. If I'd gone out for a drink when it was my first inclination, that would have been the end.

Well, I finally got up enough courage to go down and have a drink. Suddenly a voice from behind said, Where have you been, nurse His name was Kingsley and he was the only man still alive from the British soldiers bayoneted on the beach. He had the top part of an arm blown off (when the ship was attacked) and a wound through his abdomen from the bayonet. And they faced each other, this dreadfully injured Englishman and the tall Australian nurse with a bullet hole through the left side of her body. He had managed to get to a fisherman's hut after the slaughter. I said, What do we do from here he didn't know what to do so we had a drink and then we had our first argument.

I got some bark from the trees and wrapped them around his wounds . . . My own wound Oh, yes! Well, it wasn't too bad at all! I could tell from the holes in my uniform that the bullet had come out. I wondered how it had managed to miss my intestines, my liver and my stomach . . although people have said since that it probably missed my intestines and stomach because they were shrunk through lack of food. And people have said that if I weren't so tall, of course, the bullet would have passed right through my heart. I didn't give my wound any attention at all and as the days passed, I felt myself getting stronger. Oh, I watched it in case of infection but I think the fact that I spent so many hours in the salt water had cleaned it out.

Look, if I'd been near a hospital they'd probably have taken me in, opened it up and made it a lot worse with their probing around! But, left to nature, it healed beautifully

After Vivian had found the wounded British private they hid together for 12 days before deciding to surrender. They were taken as prisoners of war, but the private died. Vivian Bullwinkel was sent to the same POW Camp as the rest of the survivors of the SS Vyner Brooke. She told them secretly of the massacre but it was not mentioned again until after the war. The Japanese had not known Vivian had survived the massacre and if found out it would of put her life in danger. Because of this, she also hid her wounds from the Japanese. Vivian Bullwinkel spent three and half years in captivity. She and many others suffered hardship and brutality in a series of prison camps on Bangka Island and in Sumatra. The nurses buried eight of their friends, who had died from malnutrition, ill treatment and disease. On 11 September 1945, the nurses were rescued from the POW camp and flown to Singapore.

After being freed Vivian Bullwinkel's story was told on the front page of all the newspapers, causing outrage and anger at the treatment of the women. Vivian Bullwinkel gave evidence of war crimes to the Tokyo Tribunal. The Japanese officer thought to have ordered the massacre committed suicide, a camp commandant was sentenced to 15 years’ imprisonment. Just 24 of the 65 nurses who had been on the Vyner Brooke had survived the war and Vivian (or Bully as she was known) was one of these.

Vivian Bullwinkel served in Japan in 1946 and 1947 before resigning from the Army as Captain, she rejoined the Citizen Military Forces in 1955 and served until 1970, when she retired as Lieutenant Colonel. Vivian was Matron of Melbourne's Fairfield Hospital for 16 years and Director of Nursing there until 1977. She married Colonel F.W. Statham in 1977. She was a member of the Council of the Australian War Memorial, and president of the Australian College of Nursing. Vivian returned to Banka Island in 1992, to unveil a shrine to the nurses who died there.

Vivian Bullwinkel was appointed to the [6] Order of Australia AO 26 January 1993, appointed a [7] Member of the Order of the British Empire MBE 1 January 1973 and awarded the [8][9]Royal Red Cross Medal 6 March 1947 for service to the veteran and ex-prisoner of war communities, to nursing, to the Red Cross Society and to the community. She was also the winner of the Florence Nightingale Medal,[10] Vivian Bullwinkel died of a heart attack on 3 July 2000 she was 84 years old. Vivian was given a State Funeral on Monday 10 July 2000 at St George’s Anglican Cathedral, St George’s Terrace, Perth. 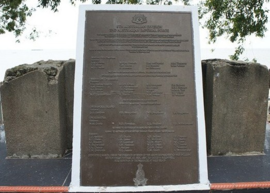 Member of the Order of the British Empire (MBE)

Vivian continues to be commemorated 74 years after the end of the Second World War. Enoggera, Queensand's Gallipoli Barracks re-named the 17th Brigade precinct to Bullwinkel Lines on 13th September 2019. The precinct provides combat health support to the army, so the naming is appropriate. The re-naming and unveiling of a stone monument caused Vivian's nephew, John Bullwinkel, to reflect, "This ceremony and memorial recognises Vivian's life's work and reflects her strong connection to the Army. The personnel here at 17 Brigade are continuing Vivian's work in health, which was her passion in life."[11] 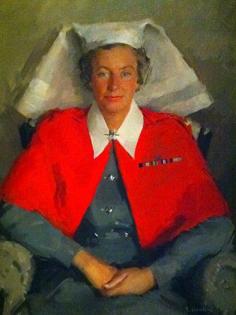 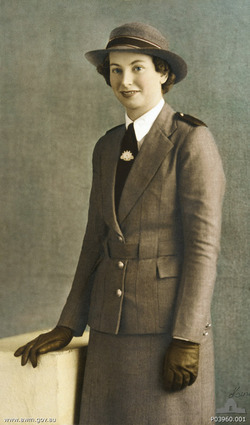 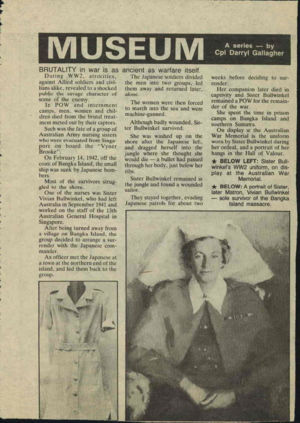 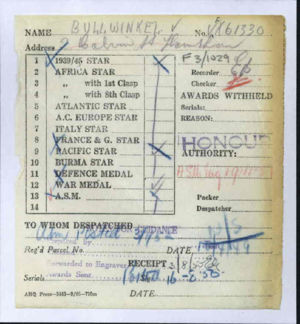 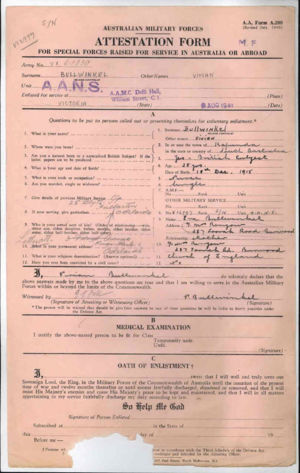 Alana Morgan
Vivian was a woman that I would have loved to know. As a female combat veteran myself, I have so much respect for her courage, fortitude, and humility. This is a beautiful memorial to a one in a million woman.
posted Jan 03, 2017 by Alana Morgan

Paula J
What a wonderful tribute to such a tremendously devoted person.
posted Jul 08, 2014 by Paula J