Farrokh Bulsara was born on 05 Sep 1946 in Stone Town in the British protectorate of Zanzibar (present day Tanzania). His parents were Jer (1922-2016) and Bomi Rustomji Bulsara (1908-2003) who were from Bulsar City (now Valsad) in the Gujarat region of the then-province of the Bombay Presidency in British India. As Parsis, the Bulsaras practised Zoroastrianism.

He spent most of his childhood in India where he began taking piano lessons at the age of seven while living with relatives.

The family moved to Zanzibar so that his father could continue his job as a cashier at the British Colonial Office.

In 1954 he was sent to study at St.Peter's School, a British-style boarding school for boys, in Panchgani near Bombay.

After secondary school, in February 1963, he moved back to Zanzibar, where he joined his parents at their flat.

In the spring of 1964 his family fled the Zanzibar Revolution, moving to Middlesex, England. As Zanzibar was a British protectorate until 1963, he was born a British subject, and on 02 June 1969 was registered a citizen of the United Kingdom and colonies.

After first studying art at Isleworth Polytechnic in West London, he studied graphic art and design at Ealing Art College, graduating with a diploma in 1969. He later used these skills to design heraldic arms for his band.

Having studied and written music for years, in 1970 he formed the band that would later become known as "Queen". At about the same time, he legally changed his surname, Bulsara, to Mercury, which was chosen for Mercury being the ruler of his astrological sign Virgo.

In the early 1970s he had a long-term relationship with Mary and they lived together in West Kensington, London, England. He said he considered her, his common-law wife. Their romantic relationship ended when he told of his bi-sexuality. They remained friends through the years and he was the godfather of her oldest son.

In 1972 he had his first solo effort under the pseudonym Larry Lurex.

About 1973 he designed the band's logo, known as the "Queen crest". The logo combines the zodiac signs of the four band members: two lions (sign Leo), a crab (Cancer), and two fairies (Virgo) for himself. The lions embrace a stylised letter Q, the crab rests atop the letter with flames rising directly above it, and the fairies are each sheltering below a lion. A crown is shown inside the Q, and the whole logo is over-shadowed by an enormous phoenix. The Queen crest bears a passing resemblance to the Royal coat of arms of the United Kingdom, particularly with the lion supporters.

He was famously known as "Freddie Mercury", a British singer, songwriter, record producer, and lead vocalist of the popular British rock group band "Queen", which dominated the music scene from the late 1970s through to the early 1990s. His flamboyant stage appearances grabbed world attention and he was regarded by many to be one of the greatest showman ever to appear in the public eye. He was born with four supernumerary incisors, to which he attributed his enhanced 3-octave vocal range which made him one of the greatest singers in the history of rock music. Some of their famous songs include ...

As early as 1982 there were signs that he had been exhibiting HIV symptoms.

By 1985 he began another long-term relationship with Irish-born hairdresser Jim Hutton (1949-2010), whom he referred to as his husband. Jim tested HIV-positive in 1990.

His final live performance with the band "Queen took" place on 09 August 1986 at Knebworth Park in England and drew an attendance estimated as high as 160,000. The concert ended with the British national anthem "God Save the Queen".

On 18 February 1990 he made his final appearance on stage at the Dominion Theatre in London, England, when he joined the rest of the band "Queen" to collect the Brit Award for Outstanding Contribution to British Music.

In his later years, he was routinely stalked by photographers, but kept his condition private to protect those closest to him.

Near the end of his life, he began to lose his sight, and declined so that he was unable to leave his bed. He chose to hasten his death by refusing medication and took only painkillers.

On 23 Nov 1991 he released a statement which confirmed that he had been diagnosed in 1987 with AIDS. He passed away at age 45 in the evening of 24 Nov 1991 in Kensington, London, England. The cause of death was bronchial pneumonia resulting from AIDS.

His funeral service was conducted on 27 Nov 1991 by a Zoroastrian priest at a crematorium in West London, England, where he is commemorated by a plinth under his birth name. [2] In accordance with his wishes, Mary took possession of his cremated remains and buried them in an undisclosed location. The whereabouts of his ashes are believed to be known only to Mary, who has said that she will never reveal them.

He spent and donated to charity much of his wealth during his lifetime, with his estate valued around £8 million at the time of his death. He left a Will with disposal details that included 50% of his share of band income to his best friend, Mary, with a fourth going to his parents and a fourth to his younger sister. However, since the death of his mother and father, their shares reverted to Mary, while his sister continues to receive 25%. [3]

As the first major rock star to die of AIDS, his death represented an important event in the history of the disease. [4]

Is Freddie your relative? Please don't go away!

ask our community of genealogists a question.
Sponsored Search by Ancestry.com
DNA
No known carriers of Freddie's ancestors' DNA have taken a DNA test. 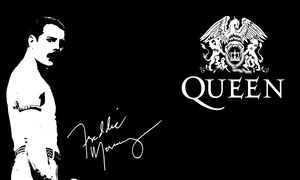 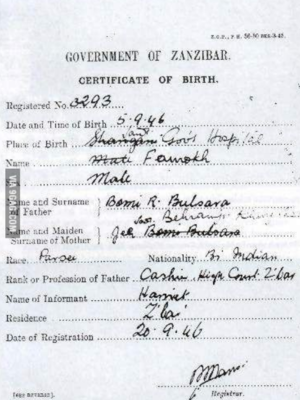 Melanie Paul
It has been more than two years since Robynne posted. Could we please have his mother's profile opened to at least a green lock?
posted Nov 25, 2020 by Melanie Paul