Beverly (Bunn) Cleary was a centenarian, living to age 104

Beverly Cleary, a world famous author of children's books spanning 70 years, passed away on 25 March 2021, at the age of 104 years.

Beverly Atlee Cleary (née Bunn; April 12, 1916 – March 25, 2021) was an American writer of children's and young adult fiction. One of America's most successful authors, 91 million copies of her books have been sold worldwide since her first book was published in 1950. Some of her best known characters are Ramona Quimby and Beezus Quimby, Henry Huggins and his dog Ribsy, and Ralph S. Mouse.

The majority of Beverly Cleary's books are set in the Grant Park neighborhood of northeast Portland, Oregon, where she was raised, and she has been credited as one of the first authors of children's literature to figure emotional realism in the narratives of her characters, often children in middle-class families.

Beverly Cleary won the 1981 National Book Award for Ramona and Her Mother and the 1984 Newbery Medal for Dear Mr. Henshaw. For her lifetime contributions to American literature, she received the National Medal of Arts, recognition as a Library of Congress Living Legend, and the Laura Ingalls Wilder Medal from the Association for Library Service to Children. The Beverly Cleary School, a public school in Portland, was named after her, and several statues of her most famous characters were erected in Grant Park in 1995.

Beverly Atlee Bunn was the daughter of Chester Lloyd Bunn (a farmer) and Mable Atlee Bunn (a schoolteacher), and was an only child. She lived on a farm in rural Yamhill, Oregon, in her early childhood. She was raised Presbyterian. When she was six years old, her family moved to Portland, Oregon, where her father had secured a job as a bank security officer.

The adjustment from living in the country to the city was difficult for Beverly, and she struggled in school; in first grade, her teacher placed her in a group for struggling readers. Beverly recalled, "The first grade was sorted into three reading groups—Bluebirds, Redbirds and Blackbirds. I was a Blackbird. To be a Blackbird was to be disgraced. I wanted to read, but somehow could not."

With some work, Beverly's reading skills improved, but she eventually found reading boring, complaining that many stories were simple and unsurprising, and wondering why authors often did not write with humor or about ordinary people. A school librarian tried to find interesting books for her, and during Beverly's third-grade year, she found herself enjoying reading The Dutch Twins, a book by Lucy Fitch Perkins about the adventures of ordinary children. The book was an epiphany for her, and afterward, she started to spend a lot of time reading and at the library. By sixth grade, a teacher suggested that Beverly should become a children's writer based on essays she had written for class assignments.

After graduating from Grant High School in Portland, Beverly entered Chaffey Junior College in Ontario, California, with aspirations of becoming a children's librarian. After two years at Chaffey, she was accepted to the University of California, Berkeley, where she earned a Bachelor of Arts degree in English in 1938.

She met her future husband, Clarence Cleary, during her time at Berkeley. While in college, Beverly worked odd jobs to pay her tuition, including working as a seamstress and a chambermaid. In 1939, she graduated from the School of Library and Information Science at the University of Washington with a second bachelor's degree in library science and accepted a year-long position as a children's librarian in Yakima, Washington. Her parents disapproved of her relationship with Cleary, a Roman Catholic, so the couple eloped and were married in 1940. After World War II, they settled in Carmel-by-the-Sea, California.

In 1955, Beverly Cleary gave birth to twins, Malcolm and Marianne. She lived in Carmel Village in California since the 1960's. Her husband Clarence Cleary passed away in 2004. As of 2016, she lived in a retirement home.

Is Beverly your ancestor? Please don't go away!

ask our community of genealogists a question.
Sponsored Search by Ancestry.com
DNA
No known carriers of Beverly's ancestors' DNA have taken a DNA test. 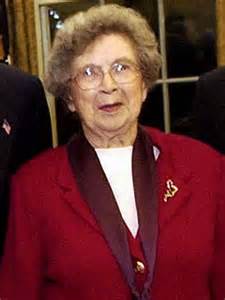 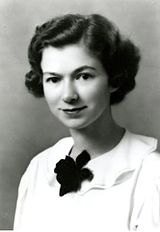 We are featuring Beverly as the Example Profile of the Week in the Connection Finder on March 31. Between now and then is a good time to take a look at the sources and biography to see if there are updates and improvements that need made, especially those that will bring it up to WikiTree Style Guide standards. We know it's short notice, so don't fret too much. Just do what you can. A Team member will check on the profile Tuesday and make changes as necessary.