Burr married actress Isabella ("Bella") Ward on January 10, 1948.[2] They lived together for less than a year, and divorced after four years. Neither remarried.

Raymond is most famous for his role as Perry Mason. He first auditioned in April 1956, and was told that he was at least 60 pounds overweight, so he went on a crash diet, and re-auditioned. His casting was announced in August, 1956, and the show ran from September 1957 to May 1966.

Burr threw several "goodbye parties" before his death on September 12, 1993,[5][6] at his Sonoma County ranch near Healdsburg.

Is Raymond your ancestor? Please don't go away!

ask our community of genealogists a question.
Sponsored Search by Ancestry.com
DNA
No known carriers of Raymond's ancestors' DNA have taken a DNA test. 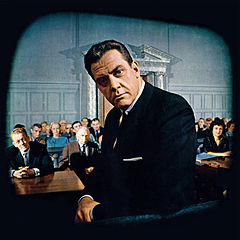 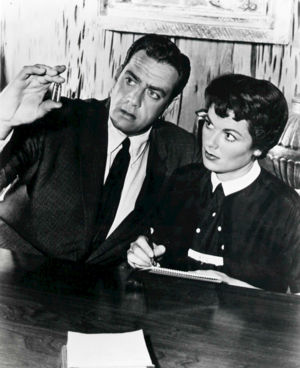