This profile won Profile of the Week the Third Week week of September 2014.

Henry was a Friend (Quaker)

Henry Burr was born about 1664 in England and according to family tradition, is said to have been a friend of William Penn and one of the people who accompanied him on his last voyage to the American Colonies. However, it is unclear the exact year that Henry arrived in the American Colony. According to Charles Burr Todd A General History of the Burr Family, the first reference to Henry Burr being in America is in 1691 where the birth of his son John, is recorded at the Friends Meeting House in Mount Holly New Jersey. He also mentions that Henry’s son John was in possession of a deed signed in 1682 of land deeded to William Penn that was possibly used as proof of land ownership. The only way that Henry could have accompanied William Penn on his last journey to America in 1699/1700 is if Henry had returned to England and then came back with William Penn. Being that no passenger list of Penn’s last voyage exists, we may never know if this family tradition is true or not. Records do indicate that he was a member of the Society of Friends (aka Quaker), [1] Henry was persecuted for his religious beliefs. This lead to his leaving England and risk an adventure to the American colonies in pursuit of religious freedom.[2] 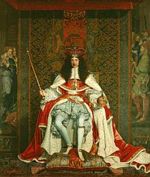 History reveals that in the mid 17th century a political crisis arose in England upon the death of Oliver Cromwell in 1658 that lead to the persecution of Catholics and Protestants, including Quakers. After Charles II was returned to his rightful throne as king of England, Ireland and Scotland it seemed as though he would be tolerant in regards to religious freedom. However, the English parliament (mostly Anglican) who had restored the king wanted no part of it. They quickly passed laws known as the Clarendon Code designed to shore up the position of the re-established Church of England and marginalize Catholics and Protestants. Quakers would not sign oaths which were required as office holders. These new intolerant laws sparked a mass migration of many Catholics and Protestants. Certainly many Quakers including Henry Burr along with William Penn were among them.[3]

Having purchased a large tract of land and settled in West New Jersey, Henry Burr eventually built his plantation in Burlington County and named it Peach Field. [4] This beautiful home still stands today as a testament to the love and craftsmanship that went into it's construction. It was left to The National Society of The Colonial Dames of America in The State of New Jersey for use as the society’s headquarters. Today, Peach Field is used as a living museum and is open to the public. You can arrange a private tour which are given daily. It is a beautifully restored pre-Revolutionary War home located along Burrs road in Burlington County, New Jersey. Image:Burr-384.jpg

Henry Burr purchased the property from John Skene's widow in 1695. Henry and his wife Elizabeth built the east portion of the house using South Jersey bog ironstone, on the present site in 1725. Their son, John and his wife, Keziah Wright , added the west part of the house in 1732.

The date stones on the front of the house confirm these dates and can still be seen. (I have seen theses stones myself) The property remained in the Burr family for over 200 years. Following a devastating fire in 1928, the owners Mr. and Mrs. Norman Harker who had purchased the house contracted the architect R. B. Okie to restore the residence to its current state.

Henry married Elizabeth Hudson, daughter of Robert Hudson and Mary (Thredder) Hudson about 1690.[1] and from this union nine children were born.

Children of Henry and Elizabeth

The Burr family, who, like the Eayres, were large property owners of Burlington county plantations and woodlands. The original emigrant to New Jersey was Henry Burr. To him and his wife Elizabeth Hudson were born several children. One daughter, Elizabeth, was the mother of John Woolman, the most distinguished American minister of the Society of Friends during the period of the French and Indian war. [5] Another daughter, Martha, became the mother of Colonel Timothy Matlack, the "Fighting Quaker" of the American Revolution, whose portrait hangs in Independence Hall, and to whom the citizens of Philadelphia presented a silver urn in commemoraton of his gallant defense of the city. [6]A grandson of Henry Burr, was Joseph Burr, father of Keziah Burr, wife of Governor Richard Howell of New Jersey, and of Lieutenant William Howell. Lieutenant Howell's daughter Varina Howell Davis was the wife of Jefferson Davis , president of the Confederacy. A son Joseph was the grandfather of Joshua Burr, of Vincentown, who married Mary E. Newbold, descended from Michael Newbold, Justice, Burlington, 1701; Thomas Newbold, Justice, Burlington, 1739; William Newbold, member Burlington County Committee of Safety, 1775; Major Barzillai Newbold, serving with distinction in the American Revolution. Mrs. Lee is a great-granddaughter of Joshua and Mary Newbold Burr.

"Henry Burr was a friend of William Penn, and accompanied him on his last voyage to this country." --Gen and Mem Hist of NJ p 556 MT lib [7] 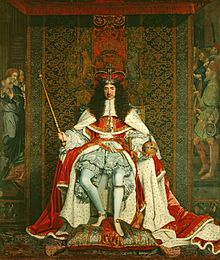 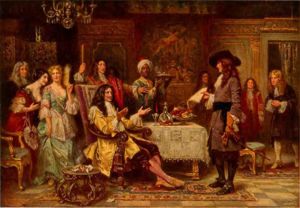 A General History of the Burr Family Image 3 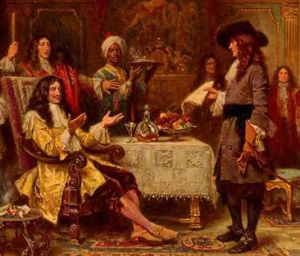 A General History of the Burr Family Image 4 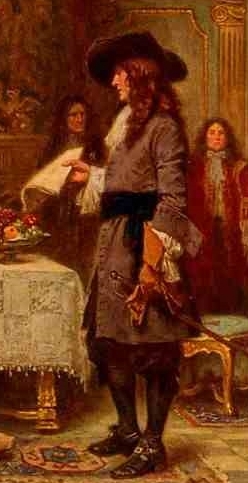 Debi (McGee) Hoag
Does this profile need continued Project Protection? If so, which project should be (co-)managing the profile?

Paula J
Congratulations on winning Profile of the Week in a tie along with the profile of LTG Timothy Maude.! Excellent job!!
posted Sep 18, 2014 by Paula J

Paula J
This profile has been nominated for Profile of the Week! Excellent job!!
posted Sep 10, 2014 by Paula J

Berry Henderson Jr.
Please expedite merge Burr-392 with Burr-384 these two profiles appear to be the same person. If there is a conflict please post in public comments so that they can be resolved.
posted Aug 22, 2014 by Berry Henderson Jr.