One of history's most romantic characters, Captain Sir Richard Francis Burton KCMG FRGS was a British explorer, geographer, translator, writer, soldier, orientalist, cartographer, ethnologist, spy, linguist, poet, fencer, and diplomat. He was known for his travels and explorations within Asia, Africa and the Americas, as well as his extraordinary knowledge of languages and cultures. According to one count, he spoke 29 European, Asian and African languages.[1][2]

Expelled from Oxford in 1842 because of a minor breach of discipline, he went to India as subaltern officer in the 18th Regiment of Bombay Native Infantry during England’s war with the Sindh (now a province of Pakistan). He mastered Arabic and Hindī and during his eight-year stay became proficient also in Marāṭhī, Sindhī, Punjābī, Telugu, Pashto, and Multānī. Eventually in his travels over the world he learned 25 languages, with dialects that brought the number to 40.[3]

He was the first European to discover Lake Tanganyika and to penetrate hitherto-forbidden Muslim cities.[2] He published 43 volumes on his explorations and almost 30 volumes of translations, including an unexpurgated translation of The Arabian Nights.[3]

He was one of the very first Europeans to seek the source of the Nile in Central Africa, as daring then as a trip to the moon now.[2]

In February 1886 Burton won belated recognition for his services to the crown when Queen Victoria made him Knight Commander of St. Michael and St. George. He died in Trieste four years later. His wife, fearful lest her husband be thought vicious because he collected data on what Victorian England called vice, at once burned the projected new edition of The Perfumed Garden he had been annotating. She then wrote a biography of Burton in which she tried to fashion this Rabelaisian scholar-adventurer into a good Catholic, a faithful husband, and a refined and modest man. Afterward she burned almost all of his 40-year collection of diaries and journals. The loss to history and anthropology was monumental; the loss to Burton’s biographers, irreparable.[3] 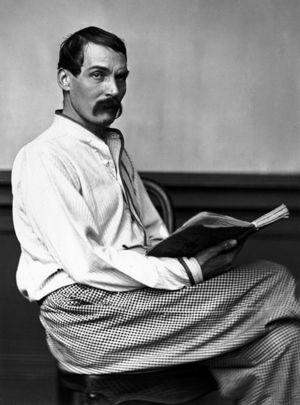 Richard is 26 degrees from Laurie Giffin, 38 degrees from Toni Morrison and 17 degrees from Henry VIII of England on our single family tree. Login to find your connection.