Richard Byrd II is a descendant of Pocahontas. Here is the trail.

Richard Byrd II was awarded the Medal of Honor.

Richard Byrd II was awarded the Legion of Merit.

Richard Evelyn Byrd was born 25 October 1888 to Richard Evelyn Bird and Esther Bolling Flood in Winchester, Winchester City, Virginia.[2][1][3] He was a descendant many notable Virginians.[1] He was the brother of Democratic Virginia Governor and U.S. Senator Harry F. Byrd, and their father served as Speaker of the Virginia House of Delegates for a time.[1][4]

Richard was married on 19 January 1915 to Marie Donaldson Ames, daughter of Joseph and Helen Ames, in Winchester, Virginia.[1][4]

The family lived in Boston, Massachusetts.[5][6]

Richard attended the University of Virginia, and later entered the US Naval Academy.[2][1] A gymnastics injury forced him to retire from the navy, but World War I opened a door for him to re-enter into the Navy's aviation branch.[2] Byrd and his best friend and co-pilot, Floyd Bennett, led an expedition to Greenland in 1924.[2] In 1926, they led another expedition to the North Pole which was riddled with issues at the end.[2] President Calvin Coolidge awarded both men with a Medal of Honor after their return from that trip.[2] They started planning their next flight-a transatlantic quest.[2] Bennett was unable to join him due to an injury, and Byrd took three other companions. They crash landed in France, after making the trip, and Byrd was named Commandant in the Legion d'Honneur.[2] In 1928, Richard sailed to Antarctica and established Little America, a base still there today.[2]

Following the death of his dear friend, Floyd Bennett, Richard made a historic flight to the South Pole, on November 29, 1929.[2] This feat initiated his promotion to Rear Admiral, after which he retired from the Navy.[2] In 1933, he led an expedition to explore and map Antarctica.[2] He attempted to spend time living there and observing in 1934, but had to be rescued after frostbite and carbon monoxide poisoning made him gravely ill.[2] He then devoted his time to writing his book, "Alone".[2] He would still lead three more expeditions and serve on the staff of the Chief of Naval Operations during World War II.[2] He took his last flight to the South Pole in 1956.[2]

Byrd's other honors included the Navy Cross, Distinguished Service Medal, Legion of Merit with Gold Star, and the Distinguished Flying Cross.[2] He is also memorialized with a life-sized statue on Memorial Drive along the approach to Arlington National Cemetery.[2][7]

Richard died in his sleep on 11 March 1957 of a heart ailment at his Brimmer Street home in the Beacon Hill neighborhood in Boston.[2][1] He was buried in Arlington National Cemetery.[2] 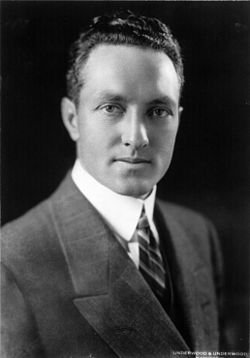 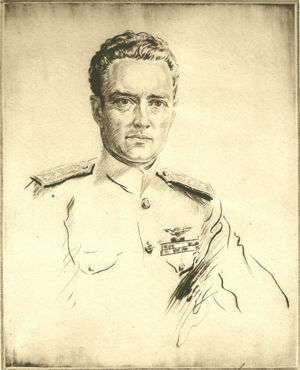 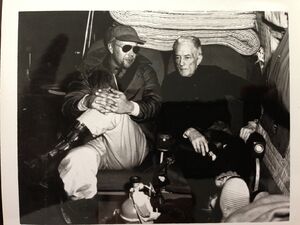 Richard is 20 degrees from Cecil B. DeMille, 22 degrees from Rosalie Neve and 14 degrees from Henry VIII of England on our single family tree. Login to find your connection.