"John Cadmus, who was an extensive land owner and farmer in Lenawee county, was born in Seneca county, New York, Feb. 7, 1828, and died in this, the county of his adoption, April 4, 1908. He was the son of Abraham and Hannah (Van Vleet) Cadmus, both natives of New Jersey. The father came to Macon township about 1833 and there was engaged in farming operations during the remainder of his active career. John Cadmus, the subject of this review, was educated in the schools of Ridgeway and all of his life was devoted to agricultural pursuits ; and a noteworthy success and excellent record was made by him. At the time of his death he owned 300 acres of finely cultivated land, as productive as any in this county, one that leads all sections of the country in fertility and producing quality. In politics he belonged to the Democratic party, but found no leisure to devote to becoming a candidate for office of a public nature, his home and family having been given his entire time. As are the surviving members of his family, Mr. Cadmus was a devout communicant of the Methodist Episcopal church, to which organization he was always a liberal contributor. In March, 1853, was celebrated Mr. Cadmus' union to Miss Charity Swick, daughter of John E. and Susan A. (Kelly) Swick, who came to Lenawee county in 1833 and purchased 160 acres of land. To Mr. and Mrs. Cadmus were born nine children : Eva, who became the wife of Charles Bird, of Tecumseh, and whose death occurred April 3, 1909; Delia, now Mrs. Oliver Rose, of Toledo; Sidney, who married Kate Schreder, lives in Raisin township and has one son — Roy L. ; Albert and Agnes remain at home ; Hettie is the wife of John Mclntyre, of Tecumseh, and the mother of -five children — Agnes L., Ethel M., Helen I., J. Alton, and H. Isabel ; John D. is united in marriage to Mabel Wood, lives in Macon township, and has one son — Percie A. ; and Sarah and Franklin are deceased." -Memoirs of Lenawee County Michigan pg. 815-816

"They were numbered among the sterling pioneers of Raisin township, where their old homestead farm continued to be their place of residence for the long period of fifty-three years, and where Mr. Cadmus died on April 3, 1908, at the venerable age of eighty years. His widow still survives himand resides on the old homestead in Raisin township. They were married in the village of Ridgeway on March 30, 1853, and at once began housekeeping in a log cabin on the old homestead in Raisin township. He was long and prominently identified with the Methodist Episcopal church, of which Mrs. Cadmus also is a devout member." -Memoirs of Lenawee County Michigan pg. 194-195

Do you have information about John Cadmus? Please contribute to his biography. Everything on WikiTree is a collaborative work-in-progress.

Thanks to Hollis Bartlett for starting this profile.

Click the Changes tab for the details of contributions by Hollis and others. 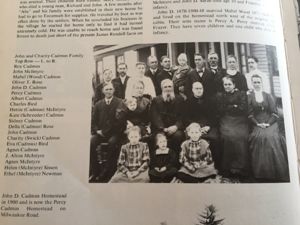 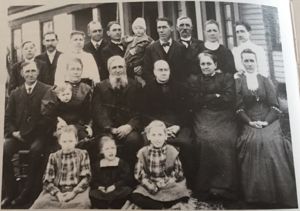 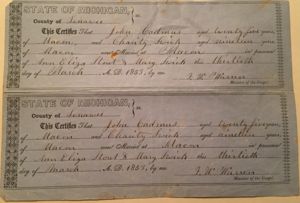 Gravestone Records of Lenawee County compiled by the Daughters of the American Revolution: http://files.usgwarchives.net/mi/lenawee/cemeteries/r32001.txt