James Cameron Jr. was a part of the Civil Rights Movement.

James Cameron was wrongly convicted at the age of 16 for accessory to murder of a white man and narrowly escaped a lynching. Later in life he published a memoir and founded America's Black Holocaust Museum in Milwaukee to preserve the history of lynching in the United States and the struggle to eradicate it.

James Herbert Cameron, Jr, the son of James Cameron and Vera Carter, was born in 1914 in LaCrosse, Wisconsin. He moved with his family to Marion, Indiana, where, at age 16, he was wrongly convicted as an accessory in the 1930 murder of a white man. He narrowly escaped a mob lynching which claimed the lives of the two accused who were his high school friends. He was paroled in 1935.

He then moved to Detroit, Michigan where he worked for Stroh's Brewing Company and attended Wayne State University. In Madison, Wisconsin, he founded the local branch of the NAACP and two more chapters in Muncie and South Bend, Indiana. For the rest of his life he promoted civil rights in the face of racism, ignorance, fear and complacency by telling his life story. In 1983, he mortgaged his home to finance publication of his memoir, "A Time of Terror." He founded America's Black Holocaust Museum in Milwaukee in 1988, focused on preserving the history of lynching in the United States and the struggle to eradicate it. In 1991, he was finally pardoned by the State of Indiana.

James Cameron died in in Milwaukee, Wisconsin in 2006, from lymphoma. 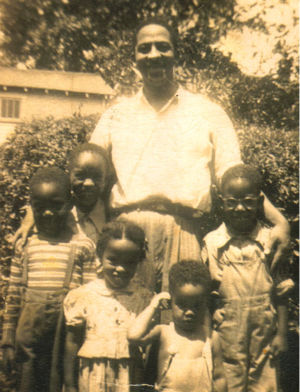