Hugh Cameron listed his profession on various documents as restaurant worker, bartender, "special police" (on daughter Norma's birth certificate in 1920, during prohibition, when bartender would not have been a legal option), and cigar store owner. The birth certificates of his daughters Lorraine (b. 1917) and Norma (b. 1920) indicate that Hugh was married prior to 1913 because Lorraine and Norma are recorded as the third and fourth births to their mother Clara and son Hugh was born July 31, 1911 when Clara was just 17.

Read about the mystery surrounding May Moody's death: http://capturedandexposed.com/2020/02/07/family-secrets/

ask our community of genealogists a question.
Sponsored Search by Ancestry.com
DNA
No known carriers of Hugh's DNA have taken a DNA test.

Hugh Cameron has a birthday party 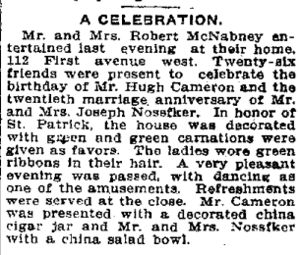 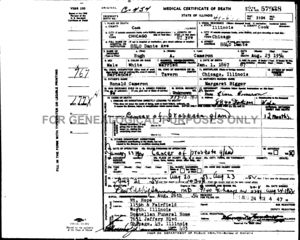