Warren was born in 1857. He is the son of Samuel Candler and Martha Beall.

Warren A Candler was enumerated on June 10th for the United States Census, 1870 at the Villa Rica Post Office in Villa Rica District, Carroll County, Georgia as seen in the image of the original. On page 4 of the census, listed are; Samuel C Candler, Martha, Noble D and Mary J. He is listed on page 5 with brothers Charles C Candler, John A and another listed as "works on farm", Edmund H Holland.[2]

A began his life's work as a Methodist minister in Atlanta.[3]

26 JAN 1900. Notice in the Huntsville Star newspaper that Bishop Warren Candler is headed to Havana Cuba with $5000 to establish the first church and school of the Methodist denomination in Cuba/Atlanta, Fulton, Georgia, USA. [4]

1914 He fought for traditional values, forbidding such activities as dramatics clubs & intercollegiate athletics (while encouraging intramural sports). He established law, medical and theology

Is Warren your ancestor? Please don't go away!

ask our community of genealogists a question.
Sponsored Search by Ancestry.com
DNA Connections
It may be possible to confirm family relationships with Warren by comparing test results with other carriers of his Y-chromosome or his mother's mitochondrial DNA. However, there are no known yDNA or mtDNA test-takers in his direct paternal or maternal line. It is likely that these autosomal DNA test-takers will share some percentage of DNA with Warren: 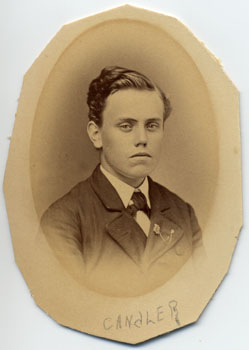 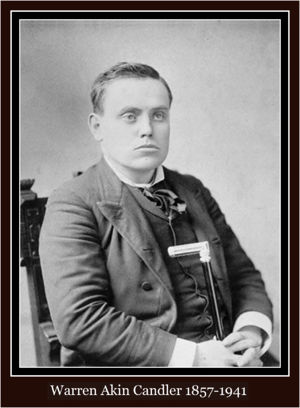