Obituary: Catherine Candler Warren died on Thursday, December 30, 2010 at the age of 104 years old. She was preceded in death by her husband, Dr. William C. Warren Jr.

She was loved dearly by family and friends. The family would like to thank the wonderful caregivers that have been with Mrs. Warren for so many years. (find a grave)

ask our community of genealogists a question.
Sponsored Search by Ancestry.com
DNA Connections
It may be possible to confirm family relationships with Catherine by comparing test results with other carriers of her ancestors' mitochondrial DNA. However, there are no known mtDNA test-takers in her direct maternal line. It is likely that these autosomal DNA test-takers will share some percentage of DNA with Catherine: 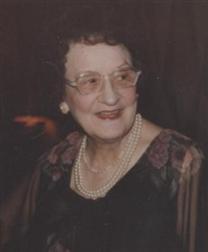