Julia F Candler was enumerated for the United States Census, 1850 at The 11th Division, Carroll County, Georgia on April 10th. Here is the first page dated April 9th, 1850 showing the family as seen in an image of the original with S C Candler, Martha B, Milton, E S and Noble D.[1] She is on the following page in this same census, but dated April 10th, as seen in an image of the original, which also lists Sarah J, Wm B and Ezekiel F (this must be Elizabeth incorrectly enumerated).

Florence Harris was enumerated as wife at Cartersville, Bartow County, Georgia for the United States Census, 1880. She was noted as keeping house, born 1843 in Georgia and married. Also included in the household are self James W Harris and other Richard Turnipseed.[3]

Florence Candler Harris is listed in a February 16, 1926 Georgia Death. As seen in an image of the original, the cause of death is noted as general debility after surgery as well as influenza and amended to reflect the fall happened in December. Her noted husband; James W. Harris, parents; Samuel Charles Candler and Martha Beall, both of Georgia. The informant is Asa G. Candler of 1040 Ponce de Leon, the same address as the deceased. The physician of record is J. T. Campbel of 23 Doctors Bldg.[4]

Is Florence your ancestor? Please don't go away!

ask our community of genealogists a question.
Sponsored Search by Ancestry.com
DNA Connections
It may be possible to confirm family relationships with Florence by comparing test results with other carriers of her ancestors' mitochondrial DNA. However, there are no known mtDNA test-takers in her direct maternal line. It is likely that these autosomal DNA test-takers will share some percentage of DNA with Florence: 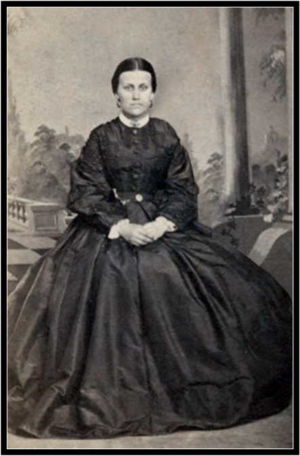 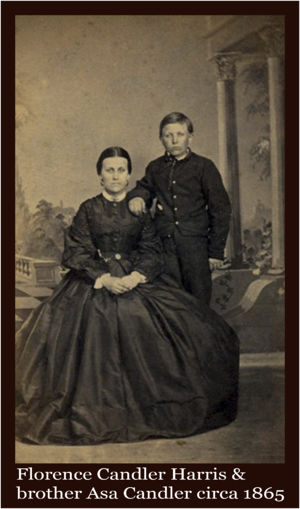 Vincent Piazza
For Robert Bain and James Hodges a question..

Do the Ancestry.com trees need to remain as sources on profiles where census records are found?