Pete Candoli (born Walter Joseph Candoli; June 28, 1923 – January 11, 2008) was an American swing and West Coast jazz trumpeter. He played with the big bands of Woody Herman, Stan Kenton, and many others, and worked extensively in the studios of the recording and television industries.

His younger brother, Conte, achieved an arguably stronger critical reputation. They often worked together in anonymous recording gigs and in several joint albums on minor labels.

Pete had a first daughter,

Pete Candoli married numerous times, typically to other musicians, including singer-actress Betty Hutton. It was Betty's fourth and final marriage, in 1960. Hutton and Candoli had one child

Pete lived his last 18 years loyally with his partner Sheryl.

His brother also died from cancer in 2001.

Is Walter your relative? Please don't go away! 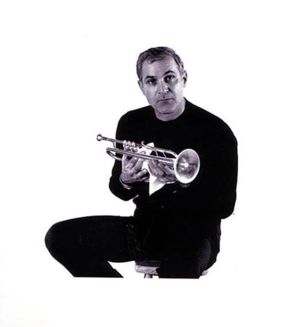 Walter is 23 degrees from Danielle Liard, 20 degrees from Jack London and 17 degrees from Henry VIII of England on our single family tree. Login to find your connection.