Alphonse Albert Francis Capone Jr. was the son and only child of gangster Al Capone and Mary Josephine Coughlin. He was born December 4, 1918 in New York City.

Albert was born with congenital syphilis. He developed a serious mastoid infection at the age of 7. Risky brain surgery was required and he survived. He lost most of his hearing in his left ear as a child.

His nickname was "Sonny."

He went to school at St. Patrick High School in Miami, Florida, and he went on to graduate from the University of Miami in 1937. Sonny lived with his parents (then only his mother) from 1928 to 1942.

In 1941 he married his high school sweetheart Diane Ruth Casey, and they had four daughters together.

They divorced in July 1964 in Florida, and Sonny later remarried.

In 1966, Albert changed his name to Albert Francis Brown, to keep the 'Capone' name at a distance.

He was buried in California, USA.

ask our community of genealogists a question.
Sponsored Search by Ancestry.com
DNA
No known carriers of Alfred's ancestors' DNA have taken a DNA test. 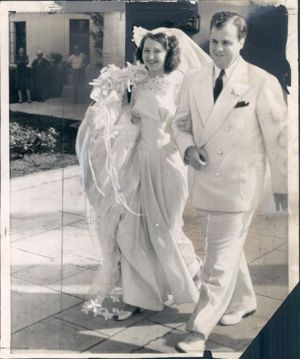