Raffaele James Capone was a Chicago gangster in the prohibition era.

Raffaele "Ralph" Capone was born in Italy, the second son born to Gabriele and Teresa Raiola Capone. There were 8 children in the family, six boys and two girls. Raffaele came to the United States in the late 1890's with his mother and older brother. His father had come earlier, passing through Canada to eventually settle in New York City. Gabriele was a barber and Teresa was a home maker.

Raffaele "Americanized" his name to Ralph. He was the older brother to "Scarface" Al Capone and Frank Capone, mobsters in Chicago in the 1920's and 30's.

According to the World War I draft registration card, filled out in June, 1917,Ralph worked as a paper cutter. He is described as being of medium height with a slender build, with brown eyes and dark hair. He listed himself as being the sole support of his family that consisted of a wife and one child.

The World War II draft registration card described him as being self employed when it was filled out in 1942. He is described as being almost 5'11" and weighing 210 pounds.

By 1919, Al had relocated to Chicago and was beginning his climb in the Chicago Mafia under the tutelage of Chicago boss John Torrio. After their father died in 1920, Al brought Ralph and many of the other Capone family members to Chicago, where several of the brothers became involved with "the Mob". Ralph left Florence in New York, but took their son with him. Ralph Jr. was raised by his grandmother, Teresa. Ralph divorced Florence in 1921. Ralph Jr. committed suicide in 1950.

Ralph married a third time to Madeline Kozup in 1951 and she survived him. They also had no children. After Ralph's death, Madeline married Ralph's business associate, Serefeno "Suds" Morichetti.

Ralph's nickname was 'Bottles' because of his involvement in beverages. He came out to Chicago to assist Al Capone (his brother) with the bottling plants in the area during Prohibition. Although he primarily handled the non-alcohol beverages like ginger ale and soda water often used as mixers for alcoholic drinks for the 'Chicago Outfit' he was also involved with gambling, and other vice crimes. He was also manager of the Chicago Cotton Club.

In 1935, Ralph was convicted of income tax evasion. Then he served three years in Leavenworth. When he was released he moved to Wisconsin where he was the part owner of an hotel and tavern called the Rex Hotel. He lived in Wisconsin until his death of natural causes in 1974. He was cremated and his ashes buried in the family plot in 2008.


Memories: 1
Enter a personal reminiscence or story.
Martin Hauser
I remember Mr. Capone with great fondness. When I was a little boy, my father would take me with him to the bar

(I suppose it was Mr. Capone's establishment in Mercer Wisconsin), and Mr. Capone would teach me how to play the pinball machines. I remember him as a kind and generous man. He always told my father that he had nothing to do with his brother Al's business. I suppose that was not actually true, and I suppose my father knew that. But I was just a little boy and I knew nothing of these things.

posted 17 Jan 2013 by Martin Hauser   [thank Martin]
Login to add a memory.
Is Raffaele your ancestor? Please don't go away!

ask our community of genealogists a question.
Sponsored Search by Ancestry.com
DNA
No known carriers of Raffaele's DNA have taken a DNA test. 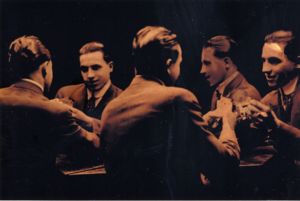 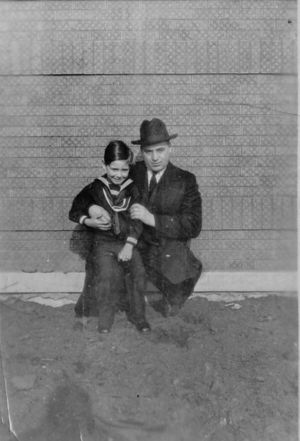 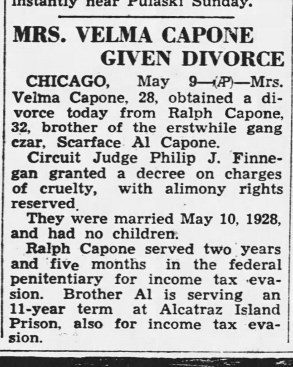 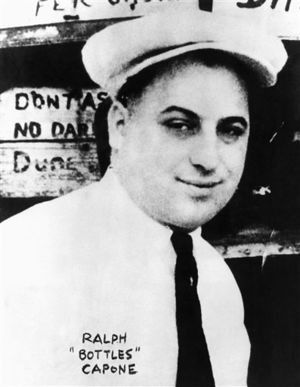 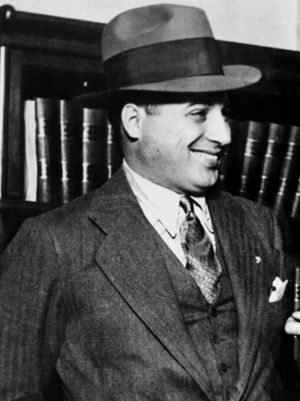