LeRoy F. Carpenter, Chrisman, Illinois. Leroy Freemont Carpenter, 85, a resident of Chrisman, died at the Burnsides Home, Marshall, at 5:22 p.m. Tuesday. Mr. Carpenter had been a resident at the home for four months, and had lived in Chrisman for 20 years. Mr. Carpenter was born Oct. 24, 1878, at Marshall, the son of John and Phoebe Griffing Carpenter. He was married to the former Nellie May Blakeney who preceded him in death Nov. 4, 1963. Surviving are five daughters, Mrs. Gertrude Saults of Dana, Indiana; Mrs. Myra Sheldon of Bloomington, Illinois, Mrs. Luella Newlin of Fithian; Mrs. Gladys Sides of Congerville, IL; and Mrs. Thelma Bryant of Santa Monica, Calif., two sons, Lyman Carpenter of Beaumont, TX and LeRoy Carpenter of Siloam, Ark; two sisters, Mrs. Mary Brewster, also a resident of the Burnsides Home; and Mrs. Eunice Jackson of Marshall; and a brother, John Carpenter of Marshall. The body has been taken to the Scott Funeral Home, where services will be conducted at 2 p.m. Friday with Rev. Garnett Mitchell of the Chrisman Nazarene Church officiating. Burial will be in Woodland Cemetery.Yates-709 21:27, 12 April 2012 (EDT)

Is LeRoy your relative? Please don't go away!

ask our community of genealogists a question.
Sponsored Search by Ancestry.com
DNA Connections
It may be possible to confirm family relationships with LeRoy by comparing test results with other carriers of his Y-chromosome or his mother's mitochondrial DNA. However, there are no known yDNA or mtDNA test-takers in his direct paternal or maternal line. It is likely that these autosomal DNA test-takers will share some percentage of DNA with LeRoy: 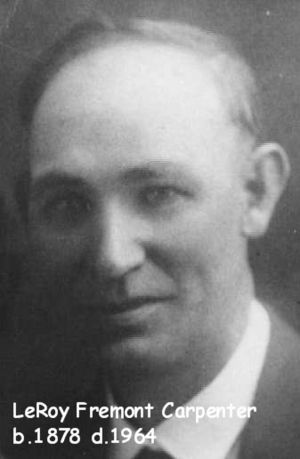 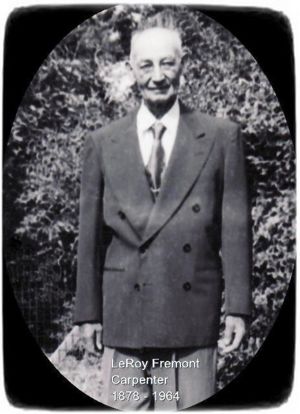 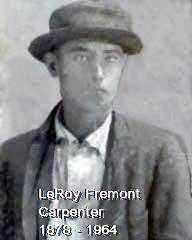