Margaret, or Marjorie, was the daughter of Neil, 2nd Earl of Carrick by his wife who was "said to have been" Margaret, daughter of Walter, High Steward of Scotland.[1] She succeeded her father as Countess of Carrick.[2]

Marjory (or Margaret), Countess of Carrick, married first to Adam de Kilconcath (Kilconquhar), 3rd Earl of Carrick[3] in her right, who d on Crusade at Acre in 1270 without issue. What followed belongs to legend and has been much embroidered by novelists, but the probability appears to be that Robert de Brus, the son of Robert de Brus, Lord of Annandale and of Cleveland (known to history as "Robert Bruce the Competitor"), newly returned from the Crusade, visited the Countess to bring her the news of her widowhood. He encountered her while she was hunting, she judged him a worthy trophy, and the consequence was his capture and enforced sojourn in her castle until he married her a few days later. Cynics and historians insist that this was a ruse to allow Alexander III to take a lenient view of their having married without his consent, and when he seized her castle and lands she regained them with payment of a fine (perhaps the same fine she would have paid for licence to marry anyway). Countess Marjorie d 1292 brought into this world five sons and five daughters, of whom the most famous son was to become King Robert I, 4th Earl of Carrick. Her husband, Earl of Carrick in her right, resigned the earldom to his eldest son on Nov. 9, 1292, after the Countess had died.[2][4]

Sponsored Search by Ancestry.com
DNA
No known carriers of Marjorie's DNA have taken a DNA test. 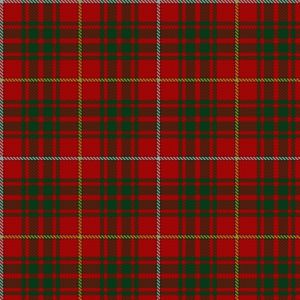 Leave a message for others who see this profile.
There are no comments yet.
Login to post a comment.
[Living Stafford]
Why is the mother of Marjorie (Carrick), Margaret (Stewart), linked as uncertain? Should this be corrected?

Bobbie (Madison) Hall
Thanks for your comments. I've added a statement about her parents to the biography. Balfour Paul doesn't sound very convinced that her mother was Margaret Stewart, and points to the History of the Stewarts, but in there Duncan Stewart does not offer us any proof either. Are you aware of a primary document, charter, etc. that identifies Margaret's mother as certain? We'd certainly like to provide a solid source.
posted Nov 10, 2021 by Bobbie (Madison) Hall
[Living Stafford]
Wow! I really didn't expect such a fast response. I really appreciate it, and I thank you very much for the update on the biography in the profile. As you can probably tell, I was using Wikipedia as the source where it specifically states "Marjorie was the daughter and heiress of Niall Mac Dhonnchad, 2nd Earl of Carrick and his wife; Margaret Stewart. Her mother's father was Walter Stewart, 3rd High Steward of Scotland."

Apparently, the editors at Wikipedia believe the source you referenced as The Scots Peerage, edited by Sir James Balfour Paul: The Ancient Earls of Carrick p. 426 is sufficient enough to support their subjective decision to make a judgment call or conclusion to include the mother of Marjorie, Countess of Carrick as Margaret Stewart. However, the source clearly confirms your statement, and specifically stated "Neil, Earl of Carick, died in the year 1256. He is said to have married Margaret, daughter of Walter, High Steward of Scotland". As you can see, for convenience, I have uploaded the page to the aforementioned source you identified.

Whenever there is a source that uses phrases such as "is said to have", it can cast some doubt on any conclusions made based on the source. Can you give me some other examples of phrases to be aware of before making any determinations regarding any conclusions such as the certainty of parentage? Of course, words such as probably, maybe, etc., are obviously some of the ones that should be considered very influential in making any determinations. When it comes to avoiding any potential conflict relating to genealogy, I am just concerned about any phrases that may be considered subjective verses objective.

In a situation like this, it appears Wikitree's standard is higher than Wikipedia's when it comes to making an objective conclusion verses a subjective one that is based on a source that may cast some doubt regarding any conclusions made from it. However, Wikipedia doesn't use a system where relationships can be marked as "uncertain". While I agree with your decision, I can see where a situation such as this could create potential conflict between the persons involved, and I personally believe it would be very helpful to identify some of these phrases as examples in order to avoid any disagreement or potential conflict.

Bobbie (Madison) Hall
This profile is being moved to Scotland Project for management. We've moved any non-pre-1500 badge members to the trusted list, as there were 10 managers. All members are encouraged to add sources to help develop this profile further. Those without the 1500 badge are welcome to add information via the comments. Thanks everyone for your contributions to this profile!
posted Aug 24, 2020 by Bobbie (Madison) Hall

I removed purported son John as he already had been commented as bogus.