Charles was a Roman Catholic

Charles Carroll was born in Ireland.

Charles Carroll was a Maryland colonist.

Charles Carroll was born in 1660 or 1661, probably in Aghagurty, near Kinnity, in what is now County Offaly, Ireland. He was the second of four sons born to Daniel Carroll of Aghagurty and Litterluna (c. 1632–1688) and Dorothy Kennedy.

Charles' branch of the original O'Carroll clan of the Ely O'Carroll lands, had been in the Litterluna area near Cadamstown, Offaly for centuries. They were settled at Ballymacadam castle in the 13th century, which was seized in the late 16th century, and they joined the rebellion of O'Neill, earl of Tyrone against the English. This led to the nine years war, 1593 - 1603, in which their kinsmen at Birr castle sided with the crown. Charles' great great grandfather Donell McTeige Oure O'Carroll was pardoned and settled at Sierkieran a few miles from Ballymacadam, where he built Ballymooney castle on a re-grant of 941 acres. Anglicizing his name to Carroll was one of the conditions of the re-grant. The vast majority of this property was seized by 1662, after his son, Charles' great grandfather Daniel Carroll of Ballymooney joined the Confederate Army, fought the English in the 11 years war, was tried for treason and exiled to Spain. This branch of the Carroll clan then ended up at Aghagurty near Kinnity. Charles' grandfather Anthony Carroll of Aghagurty was killed fighting for Spain in the Stuart army and Charles' father Daniel Carroll was left fatherless and impoverished. A relative, Colonel Richard Grace became the guardian of Daniel and following generations. Grace had been a commander in the Stuart army in Europe and when James II was restored to the throne, Grace was made Governor of Athlone and confiscated Grace property was restored to him, as well as being granted Carroll property near Aghagurty and other benefits. He made Charles' father, Daniel Carroll, the head tenant of the property at Aghagurty, which gave the family a livelihood though their means remained very limited compared to their former status. [1] Richard Grace's assistance was later extended to Daniel Carroll's sons and he obtained a leasehold at Lisheenboy in County Tipperary, for Charles' elder brother Anthony Carroll. He also sent Charles' to France to be educated in the law.

He obtained a position as clerk to William Herbert, the 1st Marquess of Powis, [1]who had gone into exile in France with James II and was one of only two Catholic peers in the court of James II.

In October 1688, just a few weeks before the start of the 'Glorious Revolution' in which James II was deposed by his daughter Mary II and her husband William III of Orange, Charles left for the colony of Maryland. His father had died in Ireland some weeks earlier and with anti Catholic riots in England and the imminent overthrow of James II, Charles left England with fees outstanding to the Inner Temple and without having been admitted to the bar. He is credited with having changed the family motto from 'In fide et in bello fortis' meaning 'Strong in Faith and War', to 'Ubicumque cum Libertate' meaning 'Anywhere, so long as there be freedom'. He chose Maryland, which was intended to be a haven for Catholics oppressed in England, Scotland and Ireland. He became known as 'Charles Carroll The Settler' or Charles Carroll The Immigrant'.

Title to the colony of Maryland was held by the Calverts, Barons Baltimore. Through recommendation, probably from William Herbert, the Marquess of Powis, Charles was made Attorney General of the colony Maryland by Charles Calvert, 3rd Baron Baltimore. Charles was also granted land in Maryland in compensation for that taken from his family in Ireland. However Maryland turned out not to be the haven that Charles had hoped for. In 1689, after the Glorious Revolution, Maryland was declared a crown colony by William and Mary II. The Catholic Charles Calvert lost his properietorship of the colony and and Charles Carroll lost his position as Attorney General. In 1691, William III appointed a Protestant, Sir Lionel Copley as governor of Maryland and Charles Carroll was imprisoned for vociferously refusing to renounce his Catholic faith.

In 1689, Charles married a wealthy widow, Martha Ridgely Underwood (née Smith). Martha died in childbirth in 1690, along with their infant son Anthony, who was presumably named for Charles' elder brother. Charles inherited a share of Martha's estate, which increased his wealth considerably and he raised her children from her previous marriage there.

In that same year of 1690, Charles' brothers Anthony Carroll of Lisheenboy and Thomas Carroll and his nephew Daniel (son of his brother Anthony) along with many other Carroll relatives, fought the forces of William III at the Battle of the Boyne near Dublin. The Carrolls served under a relative, Major Francis Carroll with Carrolls Dragoons. The Jacobites were defeated by William's army which was larger, with superior weapons and professional European soldiers. Although Charles' brother Anthony and his nephew Daniel both surrendered and survived the battle and the ensuing treason trial, Charles' brother Lieutenant Colonel Thomas Carroll was killed at the Boyne. [2] Thomas was posthumously attainted in 1692, his property seized and his 2 young sons, Charles' nephews Thomas (Junior) and John Carroll, were taken by the English and sent north to be raised as Protestants. Descendants of Thomas' line have been DNA matched to descendants of Charles' line, but John's descendants, if he has any, have not yet been identified.

Having lost his position as Attorney General, Charles initially focused on planting on his estate and practicing law. When he was restricted as a Catholic in the practice of law by the new Protestant government, Charles used his inheritance from Martha to establish an import business and purchased a store in the town of Annapolis.[3] He also became a money lender, and performed administrative tasks for other prominent settlers.

In 1693, the widowed Charles married 15 year old Mary Darnall, the daughter of Colonel Henry Darnall, Calvert's chief agent in Maryland. The Darnalls were a wealthy family and the marriage increased Charles' wealth further.

In 1701, Charles purchased land in Annapolis, which had become the new capital of Maryland. In 1702 he acquired an additional 7000 acre tract of land on which he established a plantation and built a house which he named “Doughoregan Manor”. In 1706, he bought Lots 4 and 5 (on the Stoddert map from 1718) from his stepson Henry Ridgley. In 1717 he bought lots 6, 7, and 8 increasing the size of the Doughoregan property to 10 000 acres. [4] Charles had a chapel built on his property and hosted private Catholic Mass there, since Catholics were not permitted to worship publicly.

As successful as Charles was in acquiring land and wealth, he experienced many personal losses. Having lost his first wife and firstborn son, five of the ten children with his second wife died within a year of their birth. Then, the year before Charles died, his son Henry died aged 22. Henry was educated at the College of St. Omer in France - an expatriate English Catholic educational institution run by Jesuits. He then went to England to complete his legal studies and was accepted at Gray's Inn, London on September 16, 1718. He died at sea returning home to Maryland on 10th April, 1719. His younger brother Charles known as 'Charley', later being known as Charles Carroll 'of Annapolis', remained on at Gray's Inn to complete his studies.

Charles Carroll 'of Annapolis', became a wealthy planter and his son, Charles Carroll 'of Carrollton', was a signatory to the United States Declaration of Independence. He is especially notable for having been the only Catholic signatory and for outliving all the others. Daniel Carroll 'of Duddington' came into a large property, 'Duddington Manor', through marriage to Anne Rozier. and his grandson 'Daniel Carroll of Duddington, owned the largest parcel of land surrendered to establish Washington, District of Columbia. He owned all of Jenkin's Hill on which the Capitol was built and the land on which John's Hopkins University now stands.

Charles Carroll 'The Settler' died in 1720, while his son Charles Carroll 'of Annapolis', still known at the time as 'Charley', was completing his education overseas. When Charles the Settler died in 1720 he was the wealthiest person in Maryland, with the largest land holdings. His will was proven in 1724 and he had 4 surviving children who were mentioned in his will, as well as his son Henry who had predeceased him by 15 months but had not been removed from his will. His sons Charles Carroll 'of Annapolis', Daniel Carroll, later 'of Duddington' and his daughters Eleanor Carroll and Mary Carroll were his heirs.

Sponsored Search by Ancestry.com
DNA Connections
It may be possible to confirm family relationships with Charles by comparing test results with other carriers of his Y-chromosome or his mother's mitochondrial DNA. Y-chromosome DNA test-takers in his direct paternal line on WikiTree: It is likely that these autosomal DNA test-takers will share some percentage of DNA with Charles: 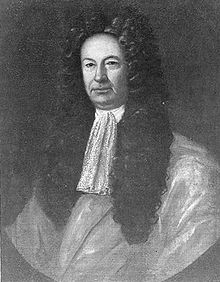 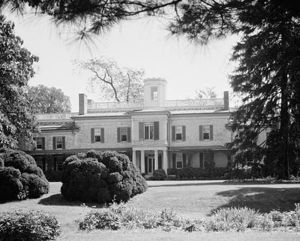 Leave a message for others who see this profile.
There are no comments yet.
Login to post a comment.
Susan O'Carroll
There is no evidence that Charles Carroll The Settler and Mary Darnall had a son named John. Please provide a reliable source.
posted Aug 20, 2019 by Susan O'Carroll
[Living Bower]
Carroll-11 and Carroll-9243 appear to represent the same person because: This is my 6th Gr.Grandfather, Direct Line.
posted Aug 20, 2019 by [Living Bower]
Susan O'Carroll
Carroll-11 and Carroll-4898 appear to represent the same person because: These appear to represent the same person, Charles 'The Settler" Carroll. However, he was most definitely the father of Charles 'of Annapolis" Carroll and the grandfather of Charles 'Of Carrollton" Carroll (who signed the declaration of independence). So his children at least need editing. References are readily found and too numerous to list. Wishing you all the best in collaborating on this important historical ancestor/relative!
posted Jul 31, 2016 by Susan O'Carroll