John Carroll, (January 8, 1735 – December 3, 1815) was the first Roman Catholic bishop and archbishop in the United States — serving as the ordinary of the Archdiocese of Baltimore. He is also known as the founder of Georgetown University, the oldest Catholic university in the United States, and St. John the Evangelist Parish of Rock Creek (now Forest Glen), the first secular (diocesan) parish in the country.

John Carroll was born in 1735 to Daniel Carroll, a native of Ireland, and Eleanor Brooke Darnall Carroll, of English descent, at the large plantation which Eleanor Darnall had inherited from her family. He spent his early years at the family home, sited on thousands of acres in Upper Marlboro, Maryland. (Several acres are now associated with the house museum known as Darnall's Chance, listed on the National Register of Historic Places.) His older brother Daniel Carroll became one of only five men to sign both the Articles of Confederation and the Constitution of the United States.

John Carroll was educated at the Bohemia Academy, a Jesuit school in Cecil County, Maryland and then attended the College of St. Omer in French Flanders from 1748 - 1753. (The Jesuit run college was established for the education of English Catholics after discrimination following the Protestant Reformation in England. During the upheavals following the French Revolution, the college migrated to Bruges, and then Liège before finally settling at Stonyhurst in England in 1794, where it remains.) Attending St. Omer with him was his cousin Charles Carroll of Carrollton, who was to become the only Catholic signatory to the Declaration of Independence and the first United States Senator from Maryland.

Carroll joined the Society of Jesus as a postulant at the age of 18 in 1753. In 1755, he began his studies of philosophy and theology at Liège. After fourteen years he was ordained to the priesthood in 1769. Carroll remained in Europe until he was almost 40, teaching at St Omer and Liège, and acting as chaplain to several British aristocrats traveling on the continent.

When Pope Clement XIV dissolved the Jesuit Order in 1773, Carroll made arrangements to return to Maryland. As a result of laws discriminating against Catholics, there was then no public Catholic Church in Maryland, so Carroll worked as a missionary in Maryland and Virginia. Carroll founded St. John the Evangelist Parish on his family's property at Rock Creek, near Forest Glen (Silver Spring) in 1774.

Noted mainly for his role in the formation of the Roman Catholic Church in America, John also is remembered for his journey to Canada in 1776 for the purpose of persuading Canada to unite with the thirteen colonies in the Revolution.

In 1776, the Continental Congress asked Carroll, his cousin Charles Carroll, Samuel Chase, and Benjamin Franklin to travel to Quebec and attempt to persuade the French Canadians to join the revolution. Carroll was excommunicated by the local Quebec bishop, Jean-Olivier Briand, for his political activities. Although the group was unsuccessful, it made Carroll well known to the government of the new republic, and fostered a relationship with the French. Some years later, in 1783, the Catholic funded French fleet cut off supplies to the British general Charles Cornwallis, resulting in surrender and bringing the Revolutionary War to an end.

The Jesuit fathers, led by Carroll and five other priests, began a series of meetings at White Marsh beginning on 27 June 1783; through these General Chapters, they organized the Catholic Church in the United States on what is now the site of Sacred Heart Church in Maryland. In 1784, John Carroll authored An address to the Roman Catholics of the United States of America. By a Catholic Clergyman.

John Carroll was close to George Washington and wrote a prayer to bless him on his inauguration as the first president of the United States. in 1789. The prayer is still in use today.

On 18 May 1789, Carroll was nominated by representatives of the American Catholic clergy to be the first bishop of the Roman Catholic Church in America. His nomination was confirmed by the Vatican in 1790 and he was consecrated a bishop at Lulworth castle in England.

Among the major educational concerns of Carroll were the education of the faithful, providing proper training for priests and the inclusion of women in higher education (something he had encountered resistance to). In 1789, he orchestrated the founding and early development in Catholic school which became Georgetown College and ultimately, Georgetown University. Administration of the school was entrusted to the Jesuits. Instruction at the school began on November 22, 1791 under the direction of its first President, Robert Plunkett, with future Congressman William Gaston as its first student. St Mary's seminary, in Baltimore (now St Mary's Seminary & University) was also founded by Carroll, in 1791.

In 1808, Carroll was elevated to the level of Archbishop of Baltimore, this making him the first archbishop of the Roman Catholic Church in America and overseeing Catholics in five U.S. dioceses as well as the Danish West Indies. In 1806, Carroll oversaw the construction of the first cathedral in the 13 United States, the Cathedral of the Assumption (today called the Basilica of the National Shrine of the Assumption of the Blessed Virgin Mary) in Baltimore, Maryland, which was designed by Benjamin Henry Latrobe, architect of the United States Capitol. The cornerstone of the cathedral was laid on July 7, 1806, by Carroll, but he did not live to see its completion. He did however see the worldwide restoration of the Jesuit Order by the Pope in 1814. Carroll had maintained the order in Maryland up to that time, through affiliation with the Russian Jesuit Order.

Carroll died in Baltimore on December 3, 1815. His remains are interred in the crypt of the Basilica of the National Shrine of the Assumption of the Blessed Virgin Mary, which can be visited by the public.

ask our community of genealogists a question.
Sponsored Search by Ancestry.com
DNA Connections
It may be possible to confirm family relationships with John by comparing test results with other carriers of his ancestors' Y-chromosome or mitochondrial DNA. However, there are no known yDNA or mtDNA test-takers in his direct paternal or maternal line. It is likely that these autosomal DNA test-takers will share DNA with John: 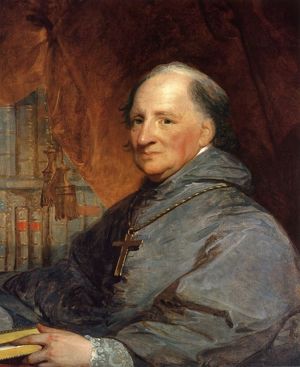 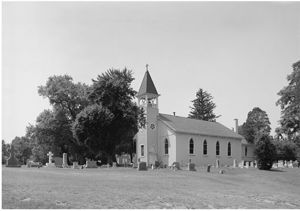 John is 19 degrees from Peter Roberts, 15 degrees from Emma Smith and 10 degrees from Henry VIII of England on our single family tree. Login to find your connection.