The Military Service of James Everett Carter: World War II, United States Army Air Corps, Staff Sgt, 305th Bomb Group, Left Waist Gunner on B17 Bomber. From a biographical sketch by Charlotte Carter Schick: When World War II descended upon our Land all men between the ages of eighteen and thirty-five were being called to serve in the United States Armed Forces. James Everett Carter joined the United States Army Air Corps, the predecessor to the United States Air Force, as a Staff Sergeant. He was a left-waist gunner on a B-17 bomber. He was in the 305th Bomb Group which was attached to the Eighth Bomber Command, later known as the Eighth Air Force. The 305th Bomb Group was stationed at Chelveston in England. James Everett Carter flew missions over France, Luxembourg and Germany. When asked he related that on one of the missions he flew they went out in a group of twenty-one planes and only three came back. His plane had been the very last one to return that day. During that mission the right-waist gunner on his plane had been killed and his brains splattered all over his crew-mates, especially on James Everett Carter. James said he shot a total of twenty-six hundred rounds before that mission was over.

Memorial Obituary Entered into Eternal Rest Tuesday, Oct 8, 1991 James E Carter Leesville -- Funeral services for James E Carter, 82, of Slagle, will be at 4 p.m., Thursday, Oct 10, in Antioch Baptist Church. The Rev Glen Cooley will officiate. Burial will be in Antioch Cemetery under direction of Hixson Funeral Home. Visitation will be 8 a.m.- noon today in the funeral home and from 2 p.m. today at the church. Mr Carter died Tuesday, Oct 8, 1991 in an Alexandria hospital. A native of Gorman, Texas, he was an Army veteran of World War II and Korea and a lifetime member of the Veterans of Foreign Wars. Survivors are his wife, Mrs Hattie C Carter of Slagle; four daughters, Charlotte Ann Schick of Las Vegas, Nev., Joyce Anderson of Orlando, Fla., Louise Stiles of Leesville, and Sylvia Reese of Ulysses, Kan.; one brother R.W. 'Reese' Carter of Benton, Ark.; one sister, Fern Newcombe of Traskwood, Ark.; 16 grandchilcren and 41 great-grandchildren. "If they wish, friends may make memorial donations to the Antioch Baptist Church, the family said." [Source: The American Press, Lake Charles, Louisiana, 9 October 1991].

ask our community of genealogists a question.
Sponsored Search by Ancestry.com
DNA Connections
It may be possible to confirm family relationships with James by comparing test results with other carriers of his Y-chromosome or his mother's mitochondrial DNA. However, there are no known yDNA or mtDNA test-takers in his direct paternal or maternal line. It is likely that these autosomal DNA test-takers will share some percentage (beta) of DNA with James: 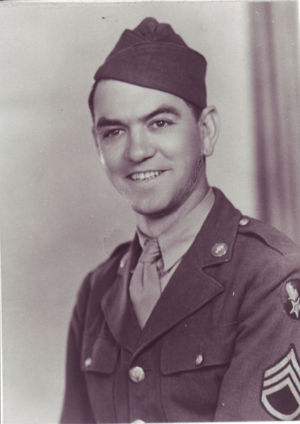