Alexander and Mary were married in Monongalia, West Virginia, United States on July 28 1797 by John Willey.[1]

Alexander BEATY bought 470 acres on Teverbaugh Creek from Jacob Jacobs in Harrison Co. on 10 April 1797. He bought 400 acres on Buffalo Creek and more acreage on Pyles Fork and Dents Run beginning in 1806. In 1829 he bought 106 acres on Buffalo Creek one mile from Mannington, where, with the help of two slaves and his older sons, he built a red brick house close to the road. That house is still standing, and is owned by Michael Beaty, a g-g-g- grandson.

He farmed and raised cattle for market. On a cattle drive to Baltimore, he became ill with a high fever and died shortly after arriving home.

Thanks to Nae X for starting this profile. Click the Changes tab for the details of contributions by Nae and others.

Is Molly your ancestor? Please don't go away!

ask our community of genealogists a question.
Sponsored Search by Ancestry.com
DNA Connections
It may be possible to confirm family relationships with Molly by comparing test results with other carriers of her mitochondrial DNA. However, there are no known mtDNA test-takers in her direct maternal line. It is likely that these autosomal DNA test-takers will share some percentage of DNA with Molly: 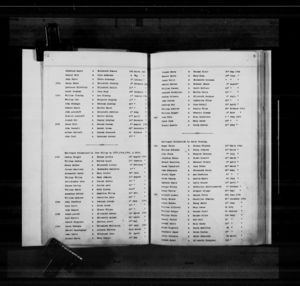